The island of Tholen was struck by the floods on 1 February 1953. More than half of it was flooded. Stavenisse was hit the hardest. The seawater flowed in with great violence through 6 breaches in the sea dikes and 2 in the northern harbour dike. In the village, the water quickly rose to over 3.5 m above ground level. In total, 156 people died in Stavenisse, three of whom lived elsewhere. This represented 8.8% of the town’s population of 1737. 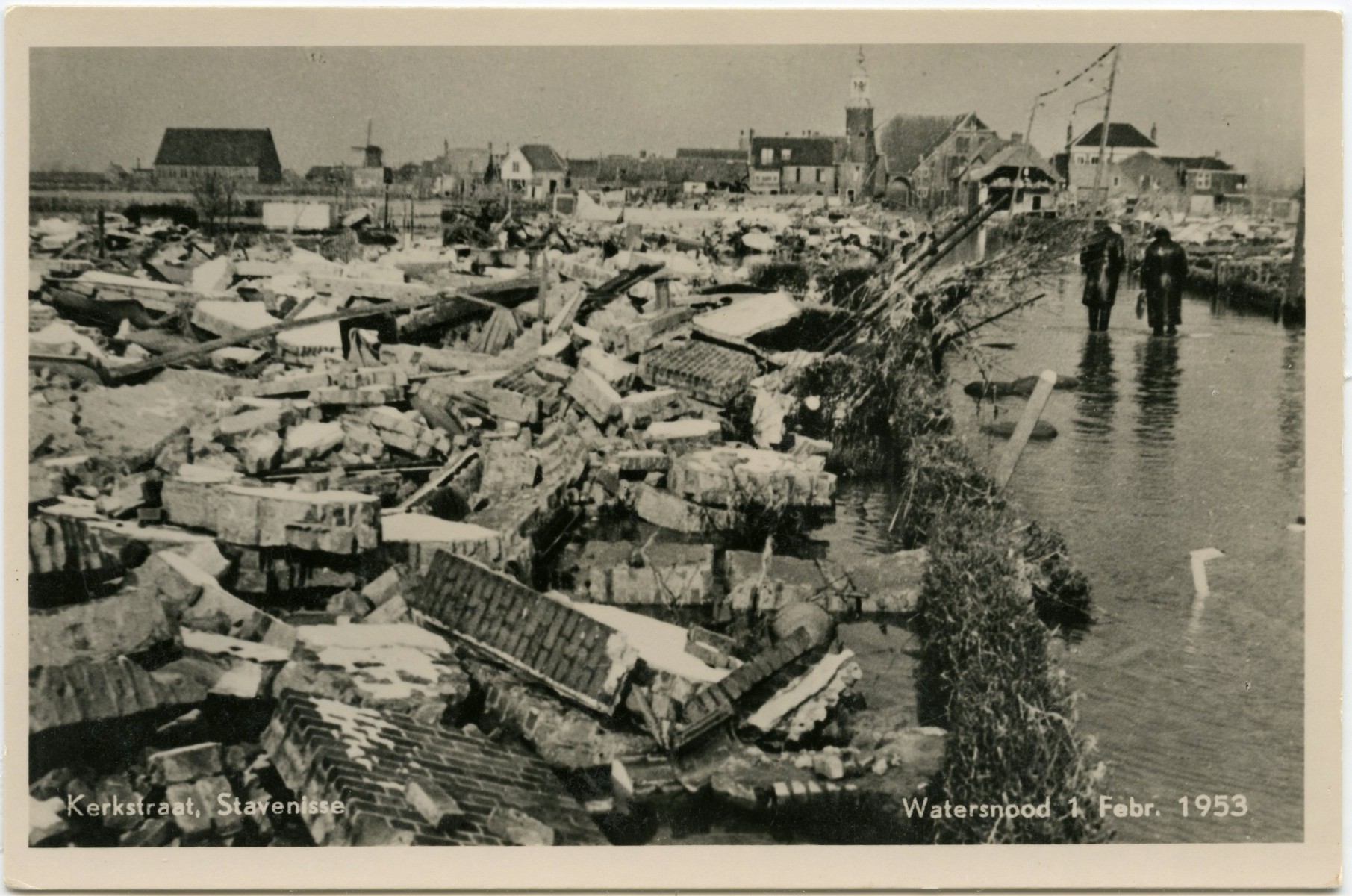 All the houses in Stavenisse were damaged. Approximately 140 homes, mainly on Kerkweg and Wilhelminastraat, were totally destroyed or irreparably damaged.

On the first day, there Ministry of Transport, Public Works and Water Management recorded the damage on the entire island. Of the 12,000 ha large island, 5000 ha was flooded. There were a total of 8 breaches in the sea dikes 2 to 4.50 m below the low water mark, with a total length of 285 m. Another 4430 m of dike was washed away.

The disaster monument was unveiled on 13 November 1958 as the final aid contribution from 39 North Holland municipalities and Maartensdijk in Utrecht. 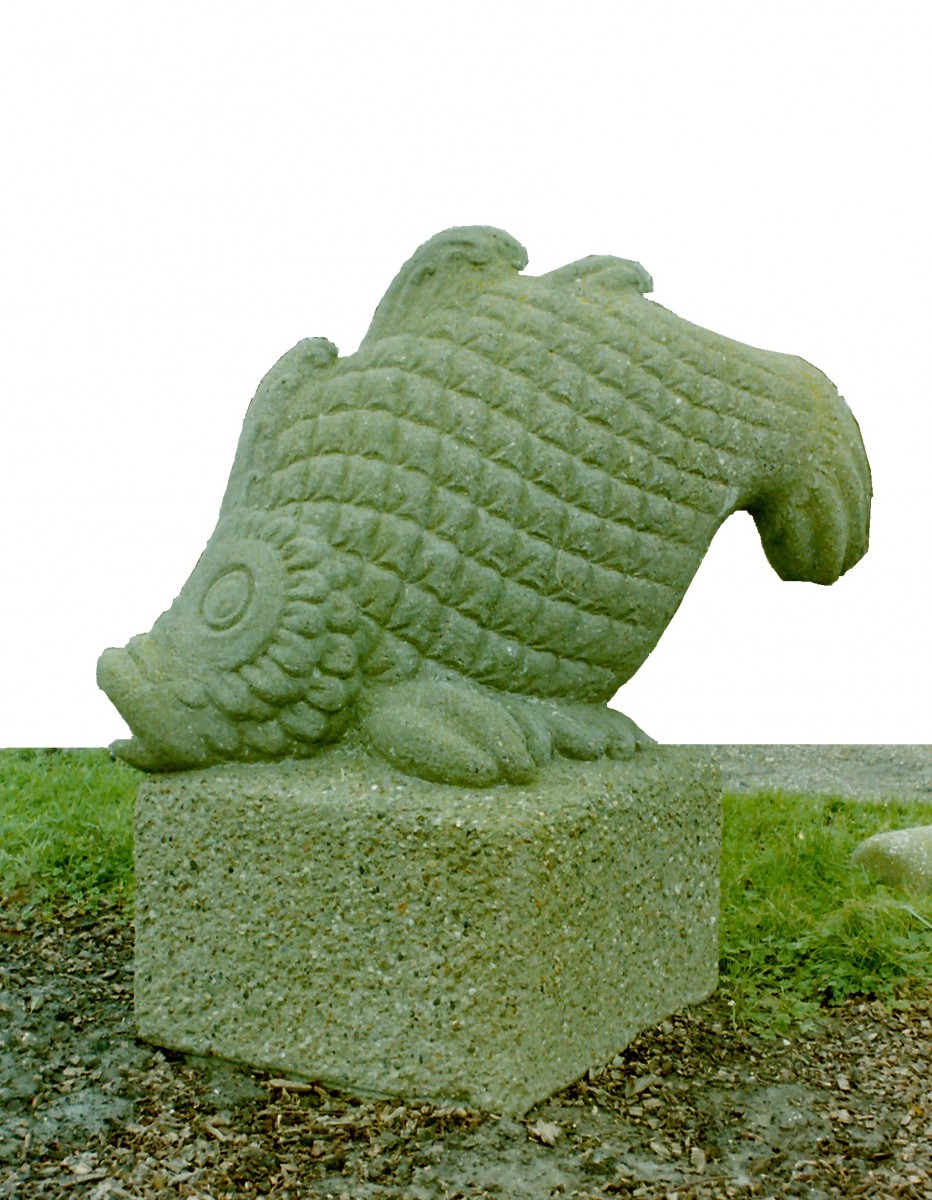 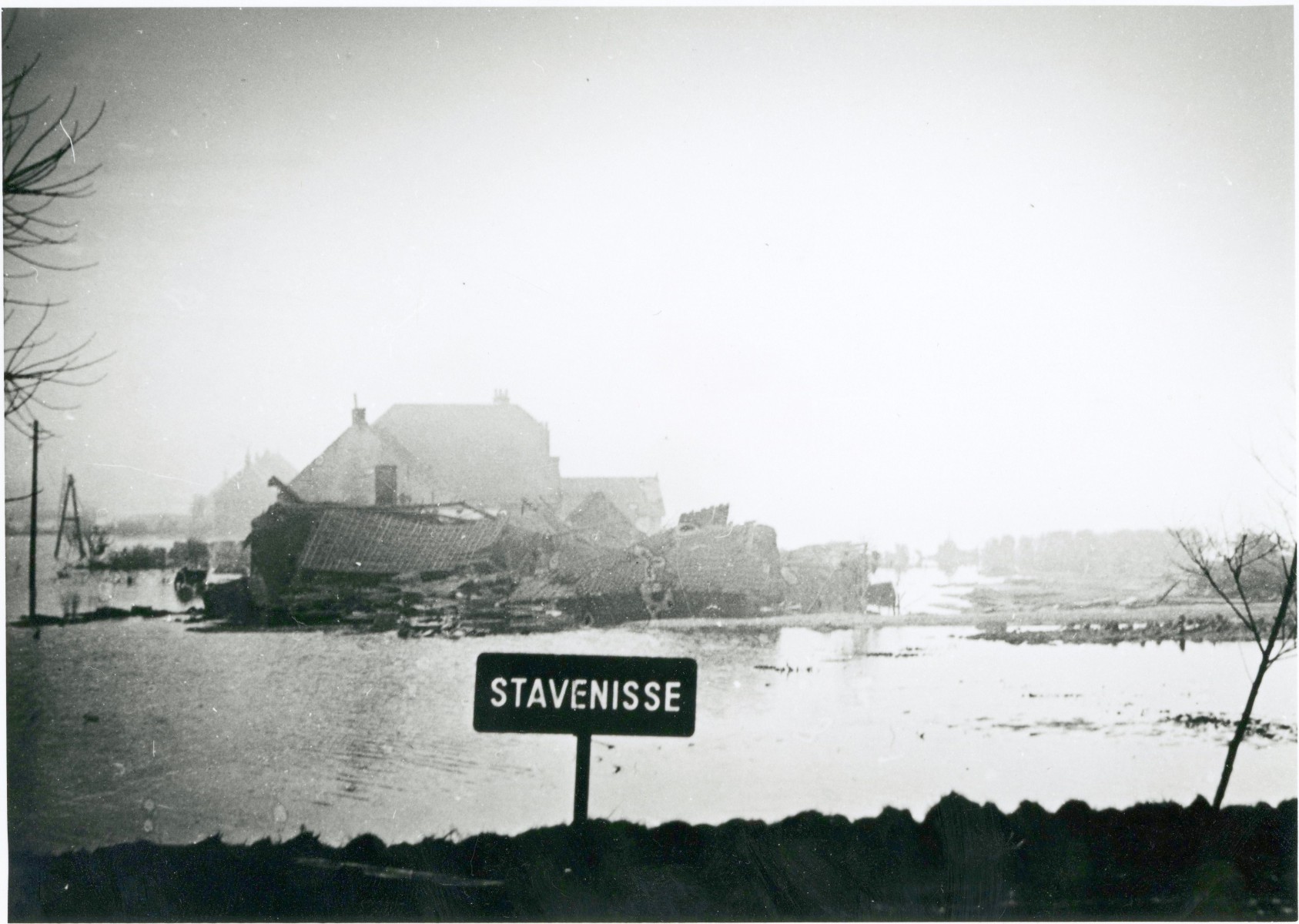 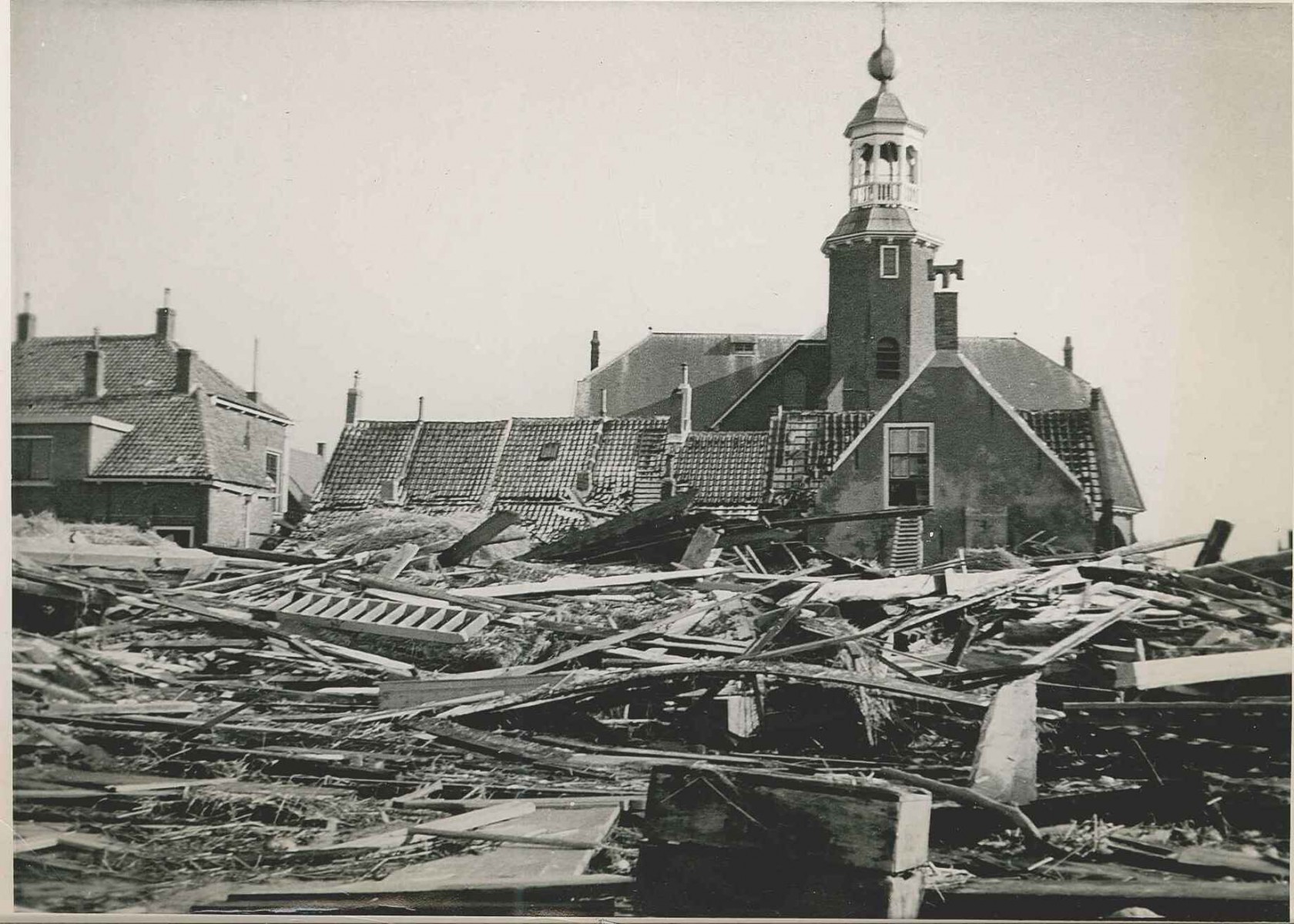 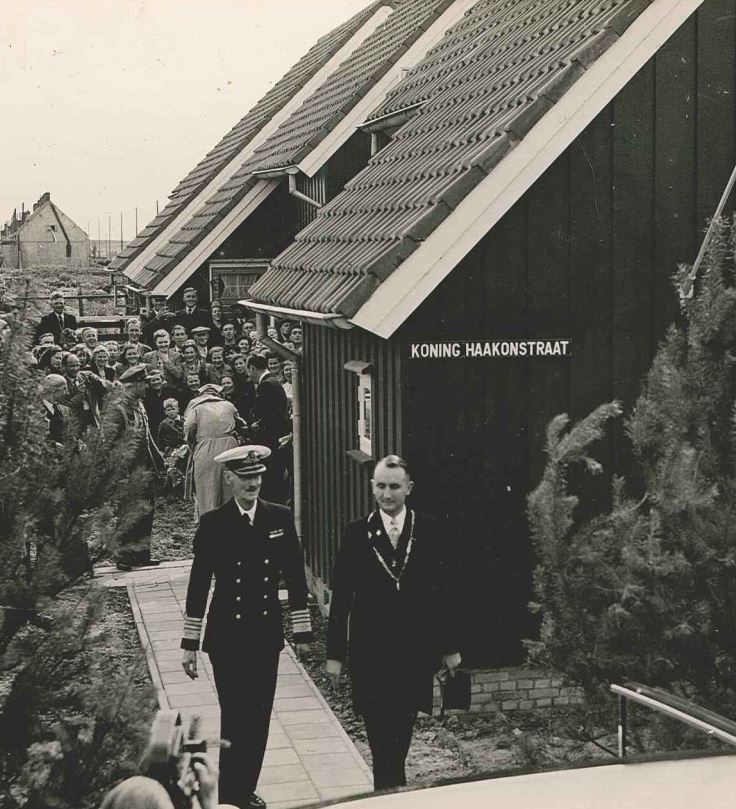 Alongside the human victims, large numbers of cattle drowned in the waves, and there was large-scale material damage. About 140 homes were destroyed or irreparably damaged. Stavenisse was rebuilt with help from home and abroad. Tangible reminders of this assistance are the 19 Norwegian wooden houses (one house has been transferred to Sint-Annaland where it was rebuilt at the De Meestoof museum) and the deer park.

The day after the disaster, 500 people already started working on sealing the dike breach below Poortvliet, which also threatened Tholen. By the end of that day, 1500 soldiers were working there, including from Belgium and France. By 11 February, this army had grown to 3390 men. They all needed accommodation, which was found in public buildings and ships in the ports of Sint-Annaland and Oud-Vossemeer.

More information about the 1953 Flood Disaster can be found in the Watersnoodhuis, Voorstraat 42 in Stavenisse or on the website: www.watersnoodhuisstavenisse.nl

Origins Scherpenisse is one of the oldest villages on the island. As far back as…