In 1636 the manor of Stavenisse came into the possession of Hieronymus van Tuyll van Serooskerke. He later became lord of Tienhoven, Stavenisse and Sint-Annaland, bailiff of Veere and Statutory Councillor of Zeeland. He married Anna Maria van Lier, who died three years later.

He remarried in 1653, to Margaretha van Huyssen, born in 1632 in Middelburg. Hieronymus had the castle in Stavenisse built in 1653 in connection with his marriage with this rich heir, and stayed there regularly. Both marriages were childless. 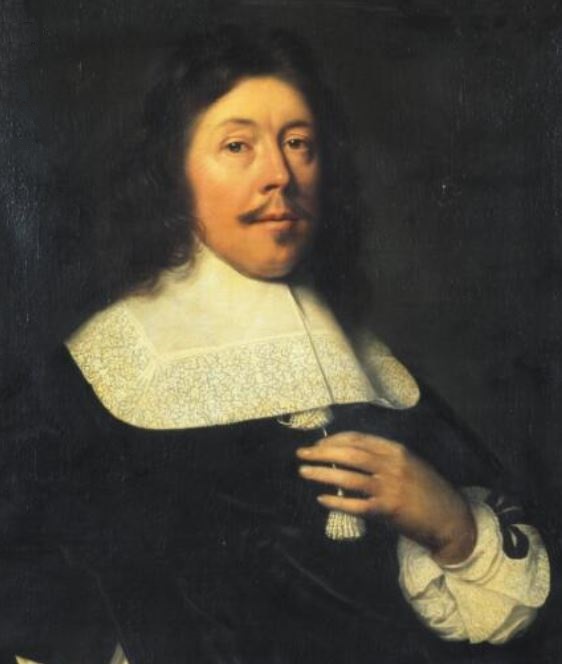 On the right you see a replica of a statue of a wild man. Two such men flanked the entrance to the castle grounds. In 1948 the manor sold the remnants of the former castle grounds with the canal to two private individuals. Shortly thereafter, in the floods of 1953, the two wild men fell from their pedestals and were submerged in mud. After the disaster, they were dug up and sold to an antique dealer.

To the left of the sign you will see a small path that leads to the grounds of the castle. The foundations were excavated and restored a few years ago. 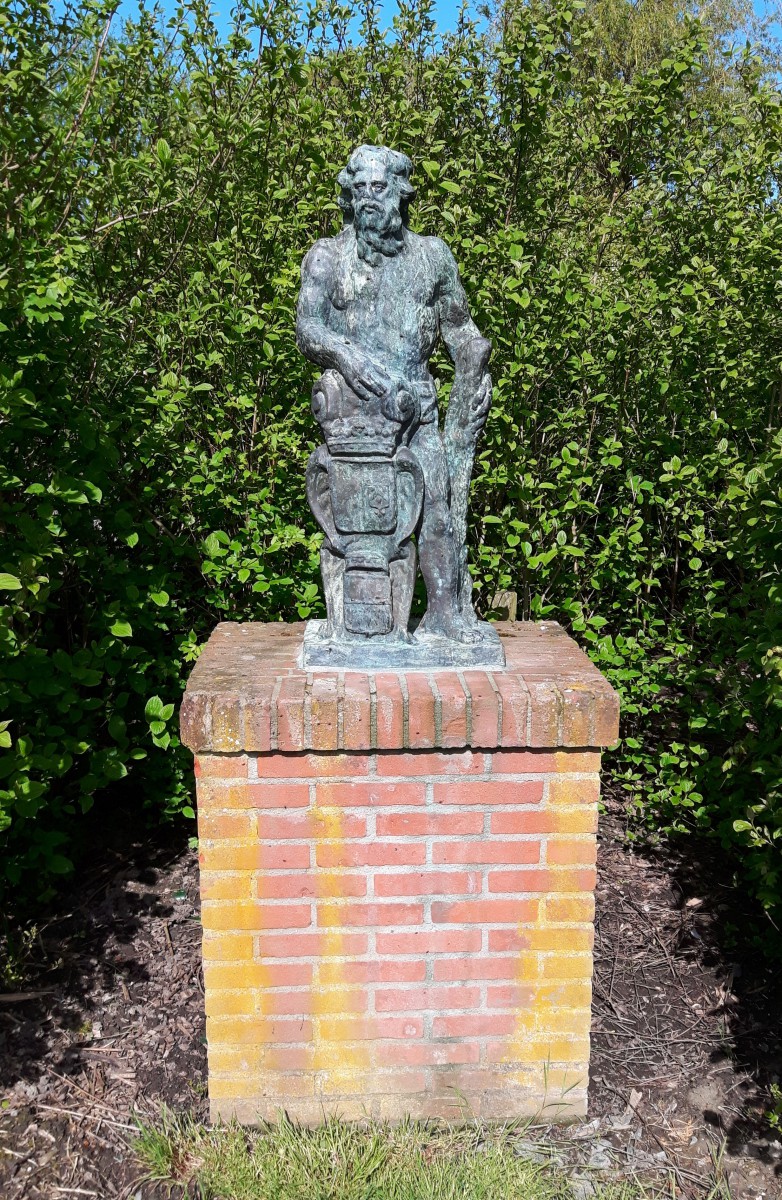 He died in Veere on 22 April, 1669. He was buried in the church in Stavenisse on 4 May. His tomb, which can still be seen, was made by the renowned sculptor Rombout Verhulst. Margaretha Huyssen subsequently married two more times. After the death of Margaretha, the castle was hardly ever used, and fell into neglect. The two tall chimneys on the roof had already disappeared in Cornelis Pronk’s drawing of the building of approx. 1743. There are also other signs of deterioration in the drawing. 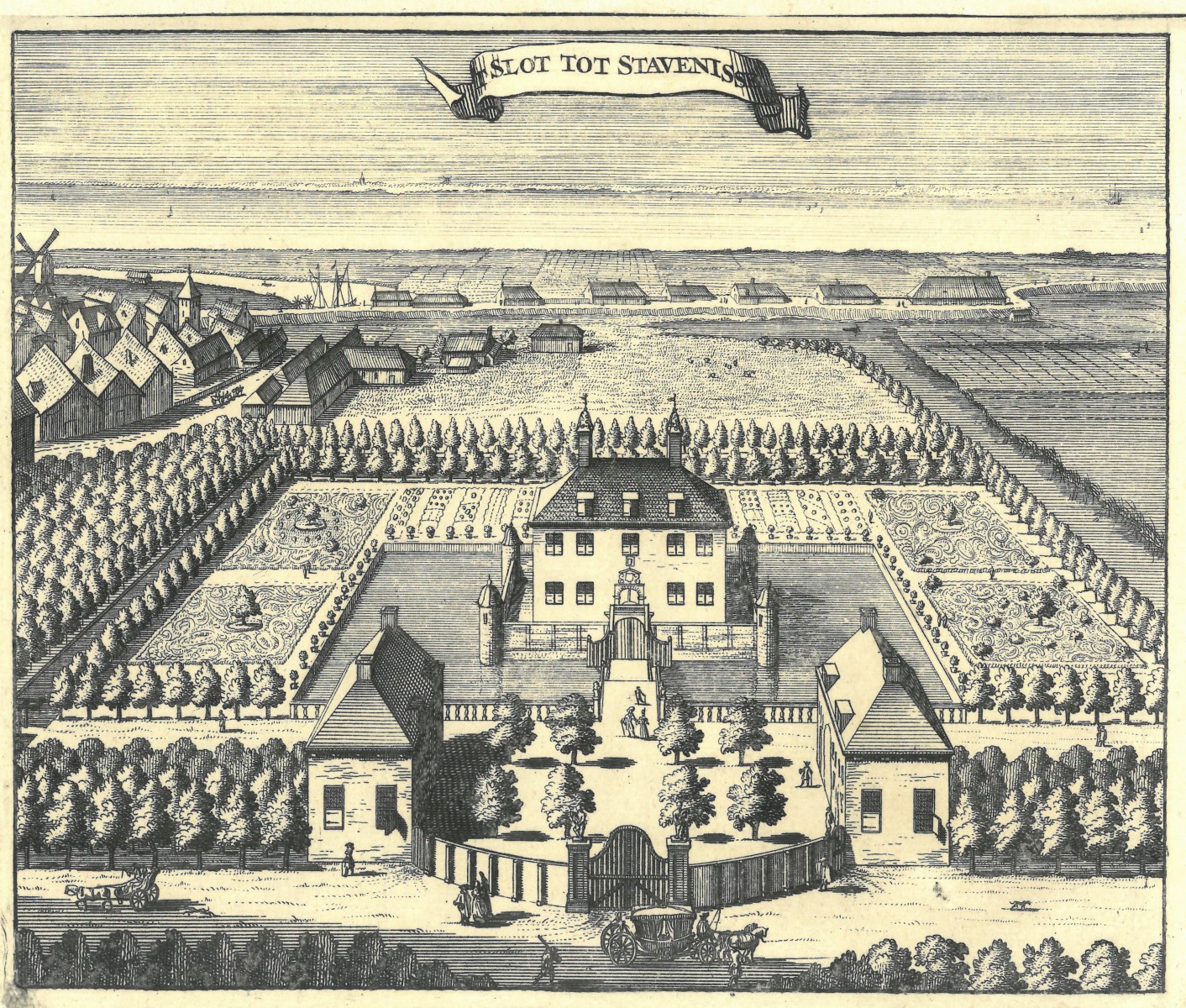 In 1753 the manor was sold to the bailiff and beer brewer Antoni de Clercq, who also acted on behalf of Willem Lokker, former attorney at Zierikzee and Cornelis van der Lek, secretary of Stavenisse.

Not long after this, the castle disappeared off the face of the earth. It was still there in 1758, however.

When the land register was introduced in 1832, the former castle grounds were described as a pond, fishery and garden, owned by Lord of the Manor Johannes de Clercq. The moat, moat walls and the buildings in front of the castle remained preserved to this century.

In 1995, a replica of one of the wild men was placed on the footpath behind the castle. The castle grounds are a national monument. 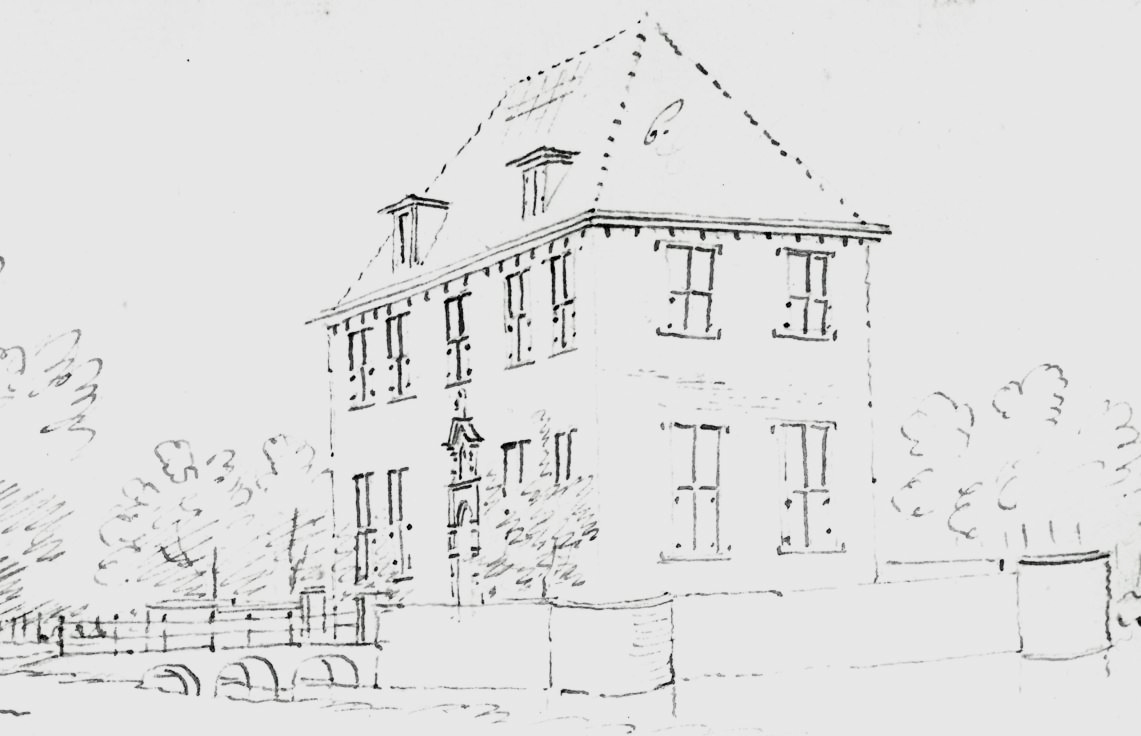 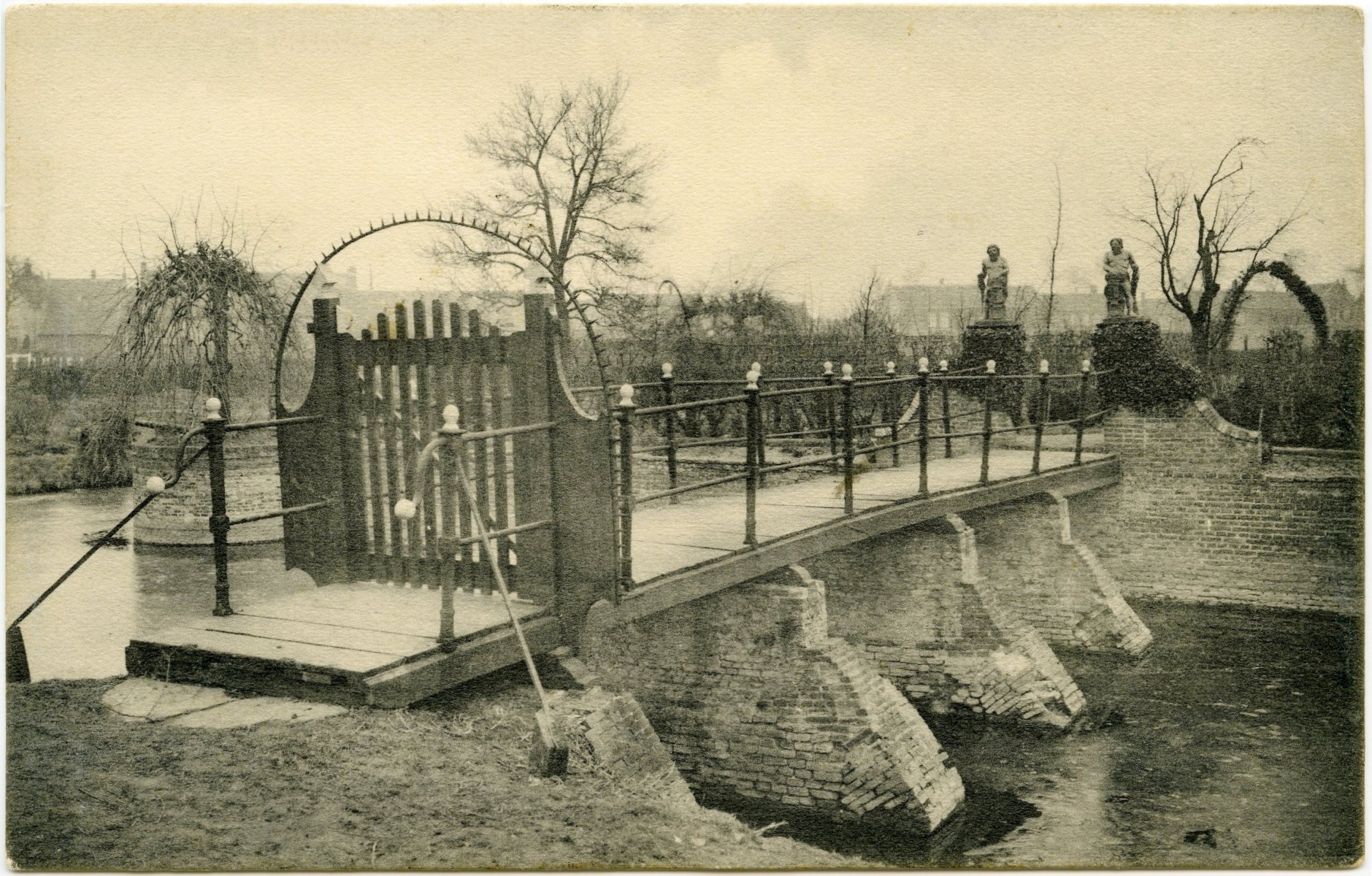