You are standing at a historic site. Under and on both sides of the Oesterdam, under the mud, are the remains of the Zeeland city of Reimerswaal. It was definitively abandoned in 1631, and then swallowed by the waters of the Oosterschelde. 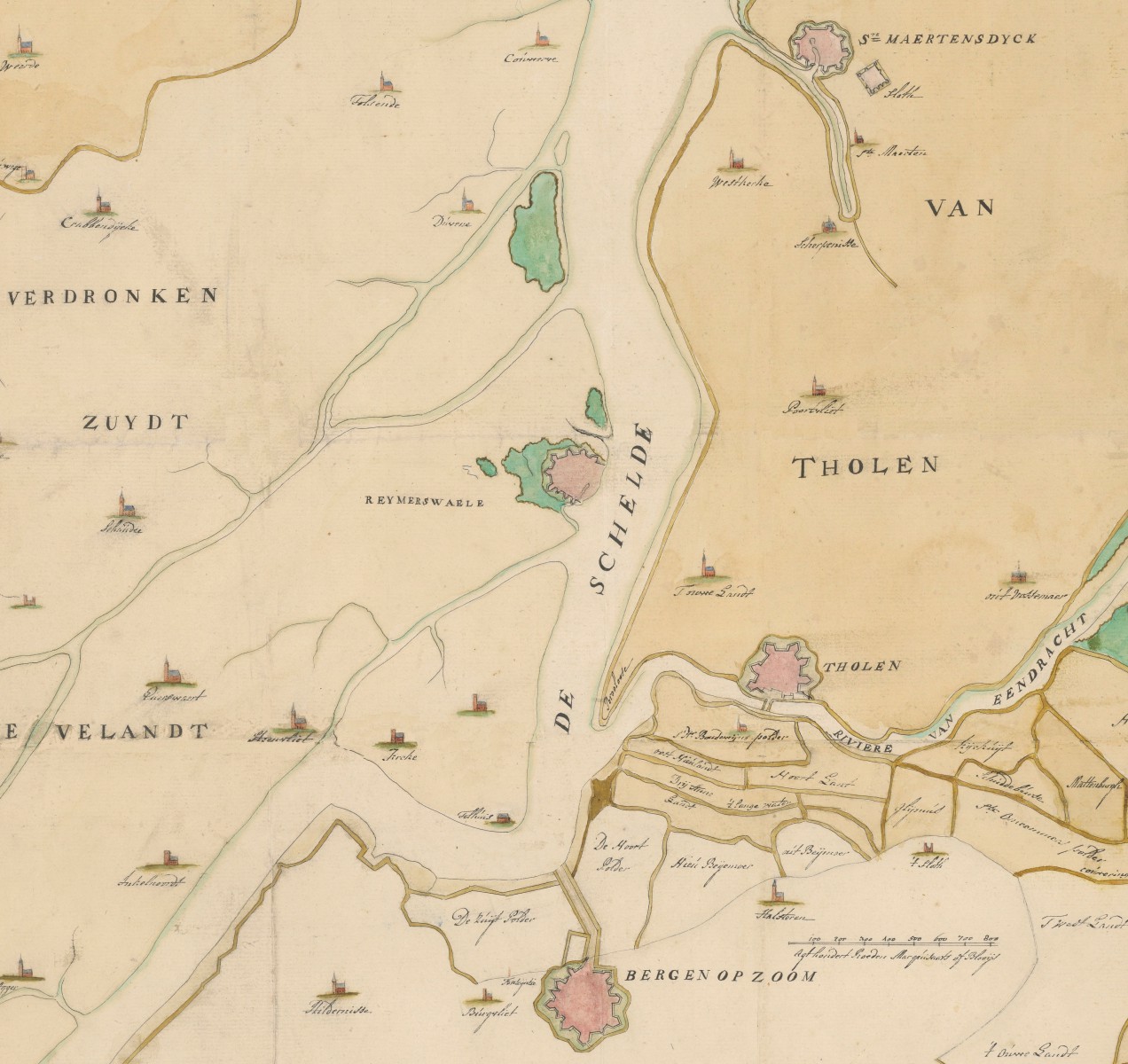 During the sixteenth century, Reimerswaal became increasingly vulnerable to flooding. The ground around Reimerswaal was suffering severe subsidence due to salt extraction. On St Felix Day (Saturday 5 November 1530) the area suffered a huge storm surge. This day would later be known as ‘quade saterdach’ (Bad Saturday). The city itself was not wiped out by the St. Felix flood, but a large part of the surrounding countryside was. Plans were drawn up to restore the dikes in the area to the east of Reimerswaal. But a new flood in 1532 put an end to these hopes. A new major storm surge cut the city off from the rest of Zuid-Beveland for good.

From quarry to treasure room

In the centuries that followed, Reimerswaal was used as a quarry. Stones were reused on a large scale for building houses and paving roads. At the end of the nineteenth century, the remains were discovered by people digging for treasure. In the years that followed, many other people dug there, looking for objects. The construction of the Oesterdam in the middle of the remains of the former city destroyed some of it. In September 2017, the remains were given permanent protection by being designated as archaeological monument. Digging is no longer permitted! 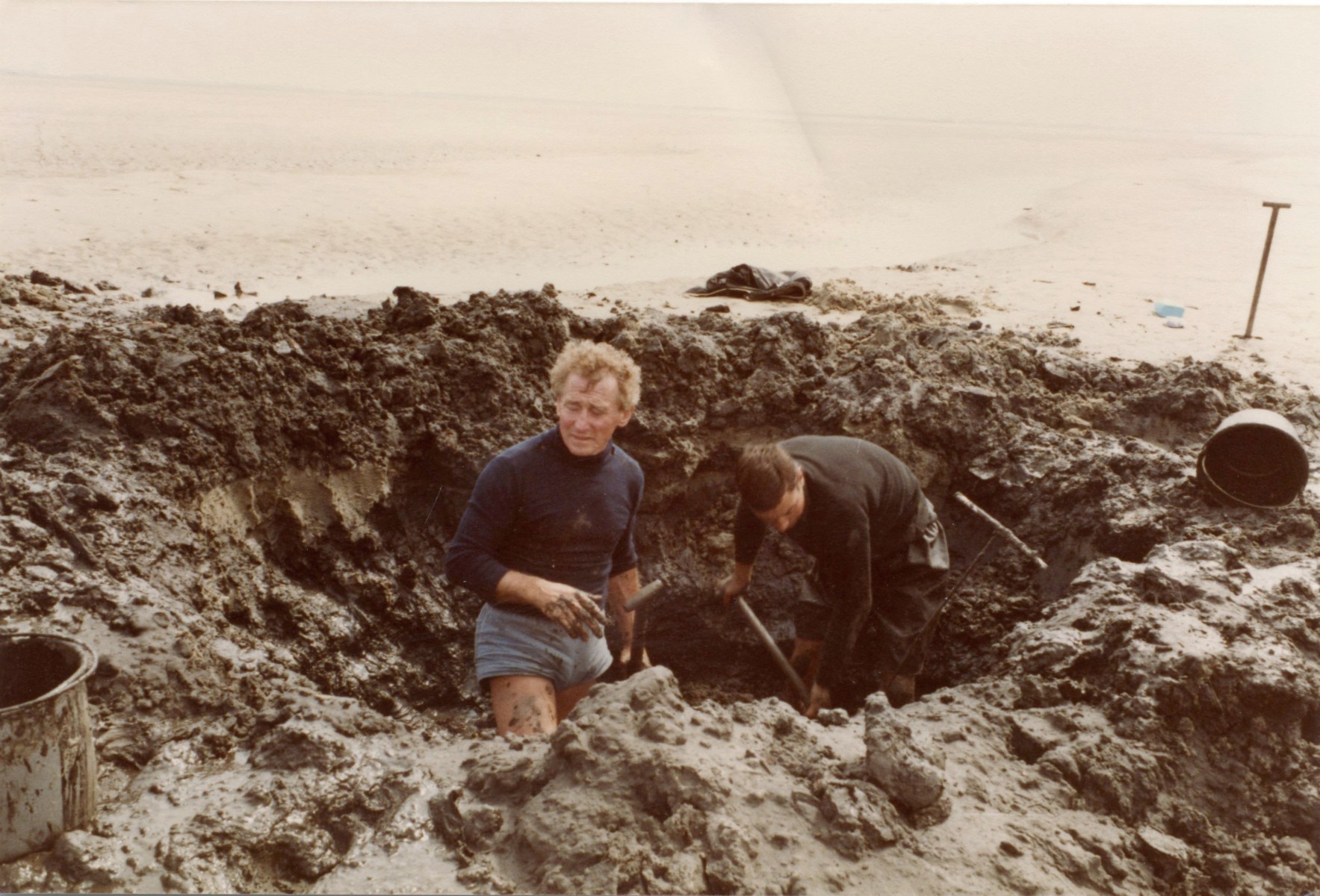 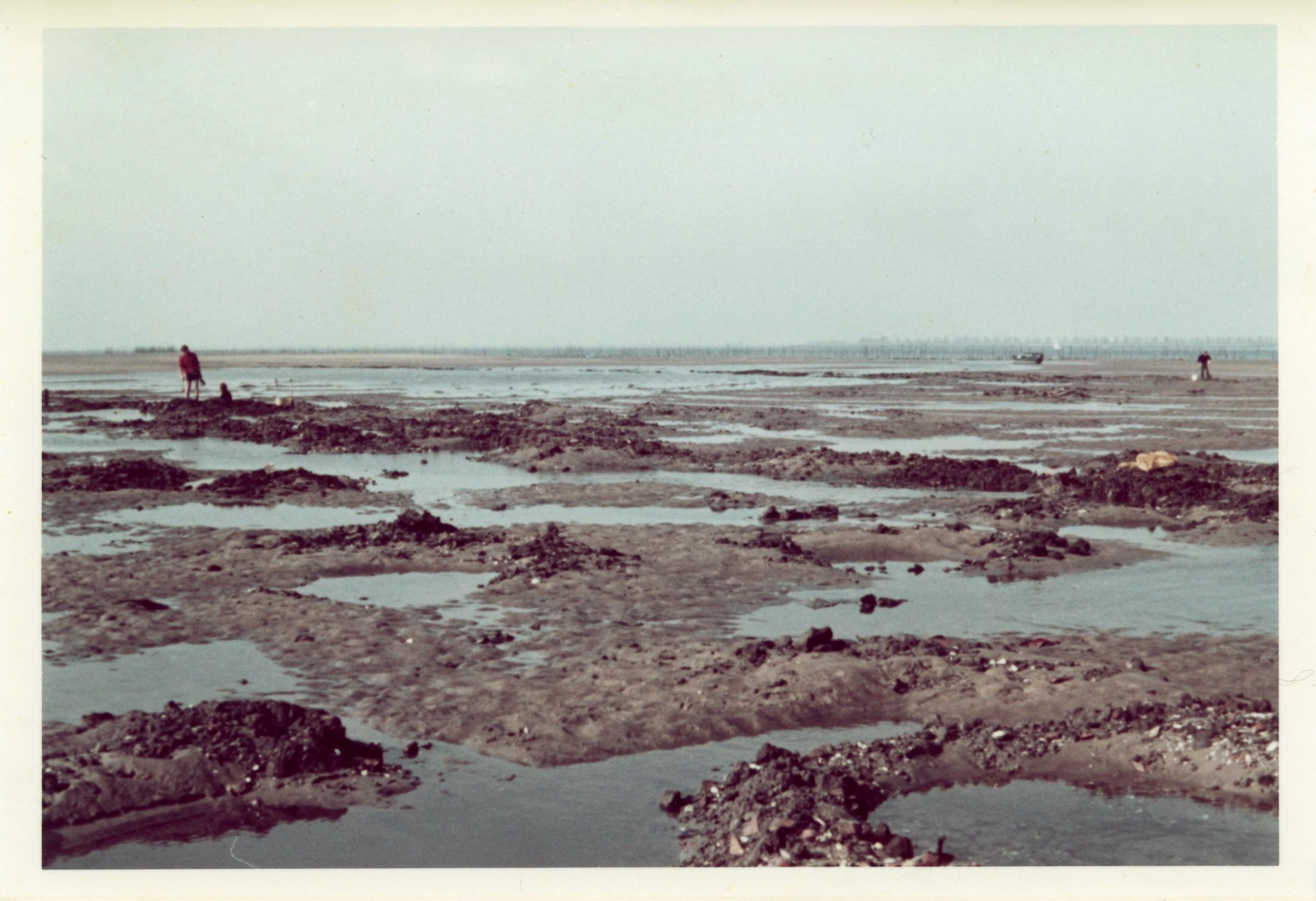 Without merchandise or a hinterland, Reimerswaal suffered a major economic crisis. Commerce and industry in the city went into rapid decline. Moreover, on its ever-shrinking island, the city hardly had any protection against the advancing sea. Another big storm in 1551 destroyed the restored dikes, which also wiped out the last villages around Reimerswaal. In the years that followed, floods swept through the city several times. The Beggars plundered the city in 1572, and burned it to the ground. The city was abandoned for three years. Nevertheless, some residents returned, in the hope of rebuilding the city. However, most residents left the island for good and tried to resume their businesses and to build a new life in Tholen or Zierikzee.

The final blow to the city came through the internment of the thousands of Spanish soldiers who were taken prisoner at the Battle of Slaak in 1631. 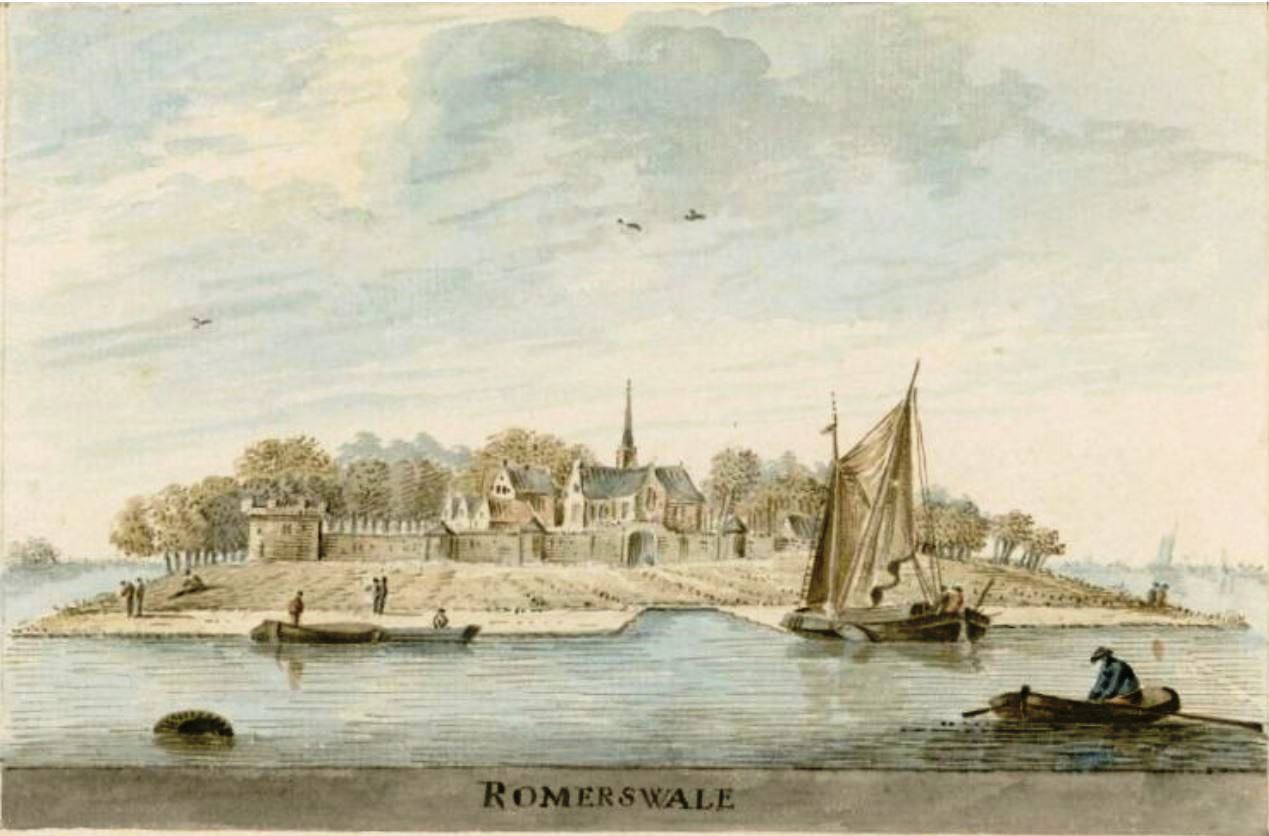 1 February The island of Tholen was struck by the floods on 1 February 1953.…

Inundation In February 1944, Tholen and Sint Philipsland were inundated at the orders of the…