The Moggershil area (Tholenaars say ‘Mokershil’) in the northwest of Tholen was reclaimed as an island in 1419. The parish of Moggershil is not mentioned before 1488, however. The village of Moggershil, which is still young in Zeeland terms, on the border of the former municipalities of Stavenisse and Sint-Annaland, flooded in 1509, 1530 and 1532. Whether Moggershil was permanently lost in the All Saints Flood of 1570 is still the question, because on some old maps the village was still drawn on land in 1573, 1630 and 1631. A (smaller) Moggershil polder was again reclaimed in 1660, but the village was not rebuilt. 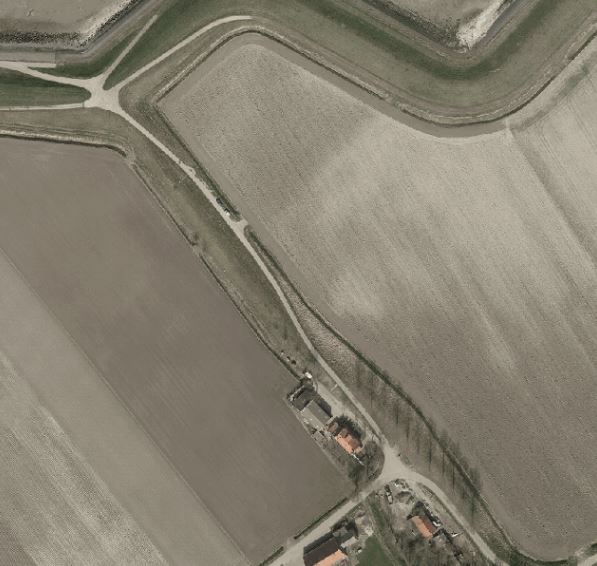 In the mid-1970s, a retired farmer reported that he had found several remnants of the foundations of the Moggershil church: some of them were a meter thick. Local historian Roozemond referred to the church as a ‘simple chapel’, based on a rectangular piece of sandy soil in the ploughed field. According to him, the church stood on a hard raised area. The ‘hil’ in the name of the village probably indicated the elevated ground on which the church stood. The ground for the elevation was probably obtained by digging a moat around the church grounds. The first part of the village name refers to Schouwen connections: Mogge is an ancient Zierikzee family name.

Decline due to turf cutting

There are indications that the residents of Moggershil worked diligently on their own demise. According to the heraldry map of Smallegange from 1696, the shield of the manor bore a peat cutter and six turfs, which indicates the notorious practice of ‘moernering’ or ‘darink’ cutting (darink is peat). Peat was cut both inside and outside the dikes; the covering clay layer was stripped off, after which the peat was removed. 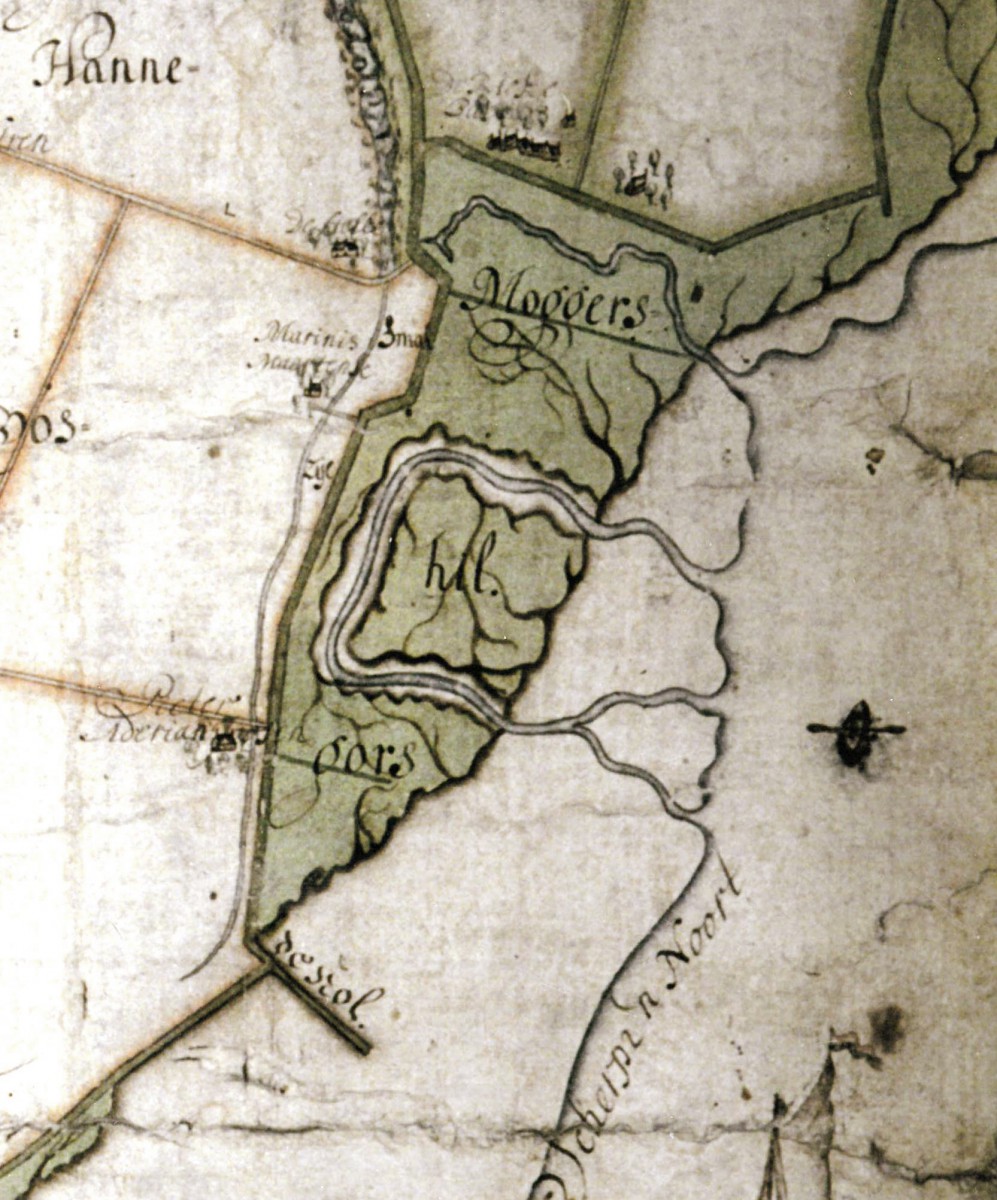