The beginning of Brabant

“You are at the edge of the former Schakerloo, now often referred to as Oudeland. Have a walk round, and take a look at the cemetery, where the church stood, until it was destroyed by the Beggars in 1572.

Schakerloo was one of the five islands that together formed the island of Tholen. The polder was probably diked off in the 11th century. The oldest entry is in a charter of 1212. In this Charter, Henry I, Duke of Brabant, pledges Schakerloo and Ossendrecht to Godfried II of Breda, along with half of the toll on the Striene and the Scheldt. He keeps the other half for himself. In 1220, Count William I of Holland and Zeeland, who was married to the daughter of the duke, accepted a pledge of half of Schakerloo; he later also acquired the other half. That is how this area eventually became part of Zeeland.

In 1220, or shortly thereafter, the Striene was dammed and the Fifteen-hundred-metre-polder diked off. The Striene would subsequently have been filled in further, after which the toll was moved to the dike along the Eendracht, where the later town of Tholen arose.

It would still be a long time before the tram would be able to run into Tholen itself. For decades, attempts were made to bridge the river Eendracht before a final decision was taken to do so. Construction of the bridge started in 1927. On the Tholen side, however, a lot of work was needed to make room in the city for the tram line. 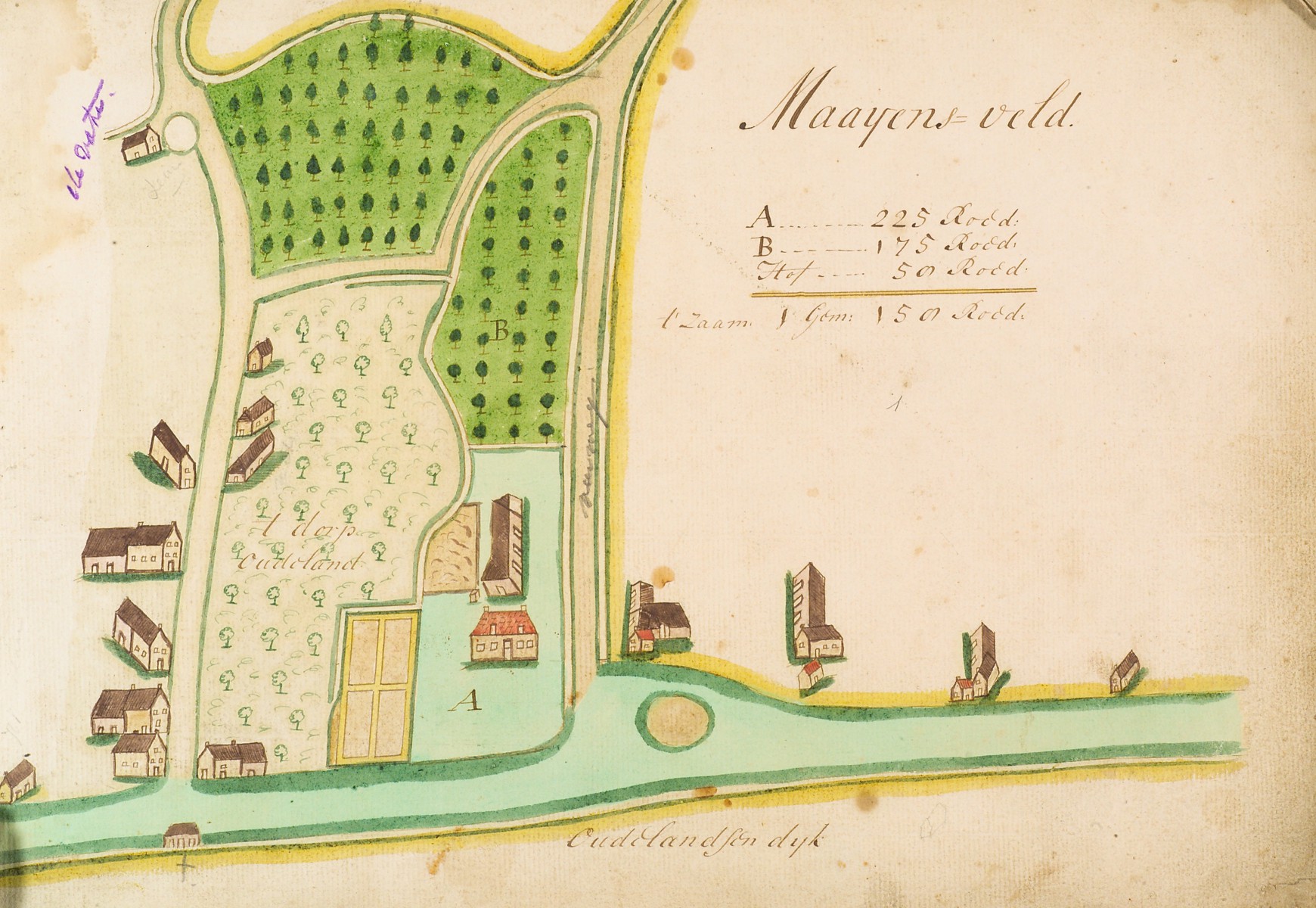 The earliest mention of a corn windmill in Schakerloo is from 1343. The mill burned down in the first years of the war against Spain, and also on St. Catherine’s Day (25 November) 1572. It was not rebuilt. The mill mound disappeared during the reallocation of land in the 1950s.

Schakerloo belonged to the diocese of Liège in the Middle Ages. The church stood in the middle of the churchyard, which still exists.

During the Eighty Years’ War, the church was burnt down by the Beggars. The stones of the building were used in 1590 for the brickwork of the northern turning wall in the moat of Tholen. The bells were also removed. These were used for the casting of a new carillon, which the Utrecht bellmaker Thomas Both made for the tower of the town hall in Tholen. The church tower adorned the hill until the beginning of the 18th century.

The cemetery was used for burying the dead until 2004. There are two gravestones from the 17th century. 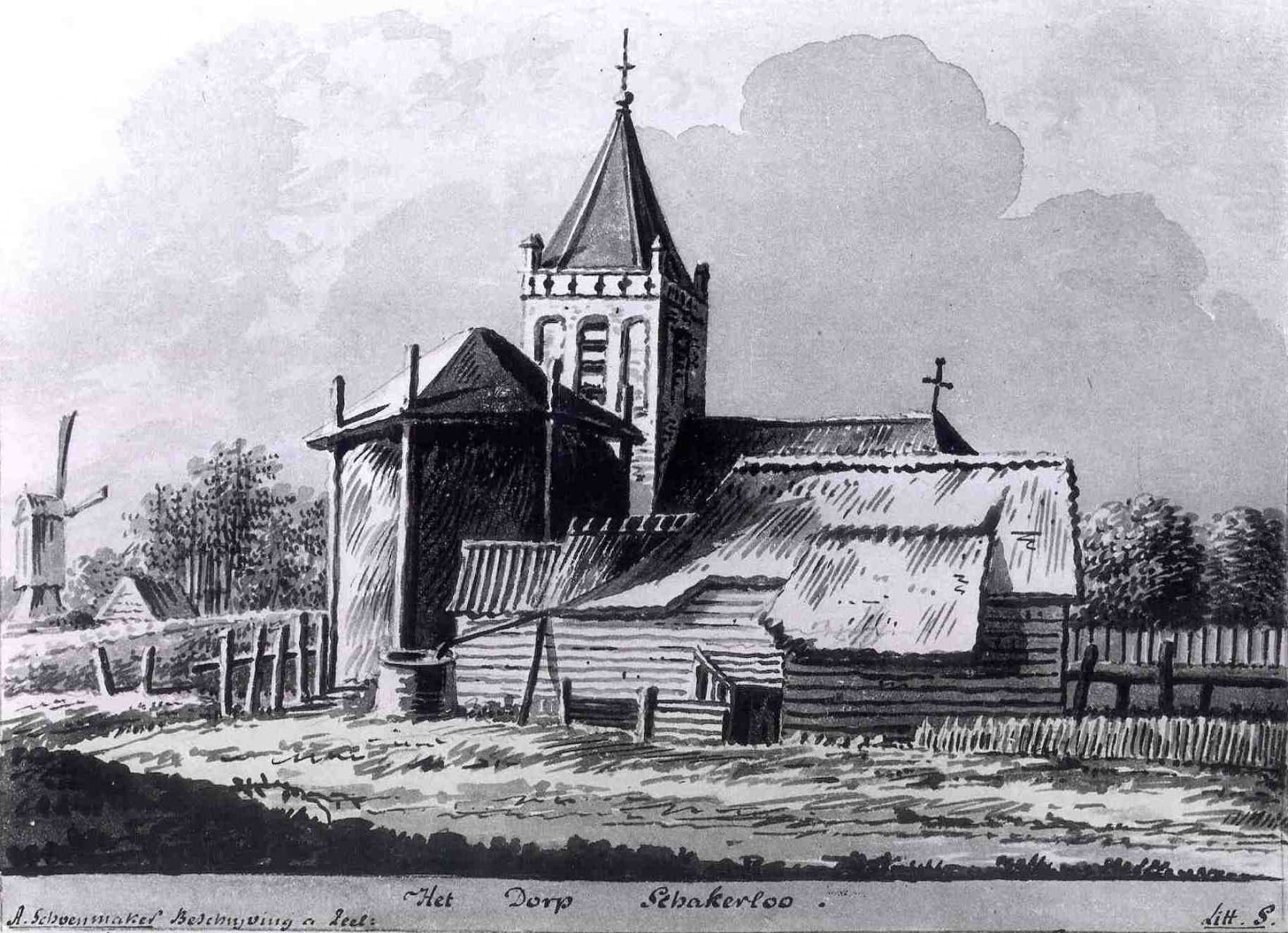 Although the manor of Schakerloo is older than Tholen, the latter soon outgrew the former.  But between 1574 and 1796, Schakerloo still had its own council, consisting of a sheriff and five aldermen. In 1795, the inhabitants – wanting to put into practice the slogan of the French Revolution of Liberty, Equality and Fraternity – tried to withdraw from the influence of the magistrate of Tholen. The case came before the provincial government, which in 1796 stipulated that Schakerloo would be ‘inseparable from and under one jurisdiction with’ Tholen from then on. This brought to an end the separate administration of Schakerloo. 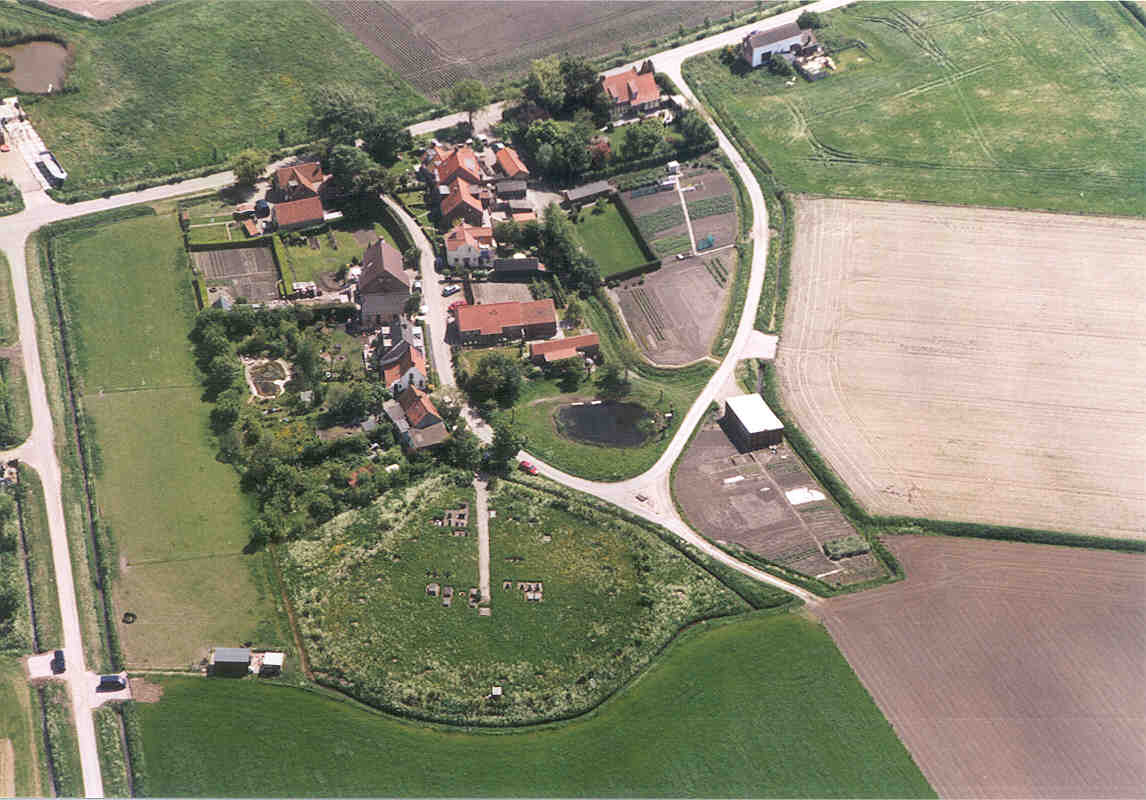 The council of Schakerloo, also known as the Oudeland, used its own building, which was usually called the mansion house or the gentlemen’s room. The 17th century mansion house of Schakerloo stood at the current site of Oudeland 9, east of the well and the cemetery. The town sold the mansion house in 1688 for more than 20 pounds to Dirck Cornelisse Veene, after the attic had not been rented out for many years. The mayors of Tholen then had to designate a place in the city where the sheriff and aldermen of Schakerloo would be able to administer justice and manage administrative affairs. The mansion house was also used as school. The last school closed in 1859.

Inundation In February 1944, Tholen and Sint Philipsland were inundated at the orders of the…