These days it’s a hamlet with seven houses, but it was once the centre of an independent municipality. From 1811 to 1816 the manor of Westkerke was a separate municipality, formed from the former manor the same name. Since then, Westkerke has been a part of Scherpenisse. It is perhaps one of the oldest inhabited areas of the current municipality.

A church was also founded in this village. From here, you can see the former church hill. At the time of the rebellion against the Spaniards, the building was set on fire by the Beggars in the 1570s. The church tower long determined the outline of the village. Churchgoers had to travel to Scherpenisse to go to services from then on, however. The churchyard remained in use as a cemetery for a long time. Today, this site is archaeologically protected.

To the south of the village is the Westkerk mound. Of the approximately 12 terps that were located on Tholen, only this one remains. The mound, over 7m tall, was raised in three phases. The bottom layer, which reaches up to 1 m above sealevel, would have served as a flight mound for high water on the still un-diked-off salt marshes. The second phase of raising is linked to its use as a rampart. Charcoal residues have been found in this layer from around 1025. There would have been a simple wooden reinforcement (‘motte’) on the mound. On the third elevation, remnants of brick have been found that may have originated from a stone tower. Both the terp/rampart and the forecourt, with the Hooge Huys on the village side, were surrounded by moats. In the course of time, a settlement developed near to this fortification. 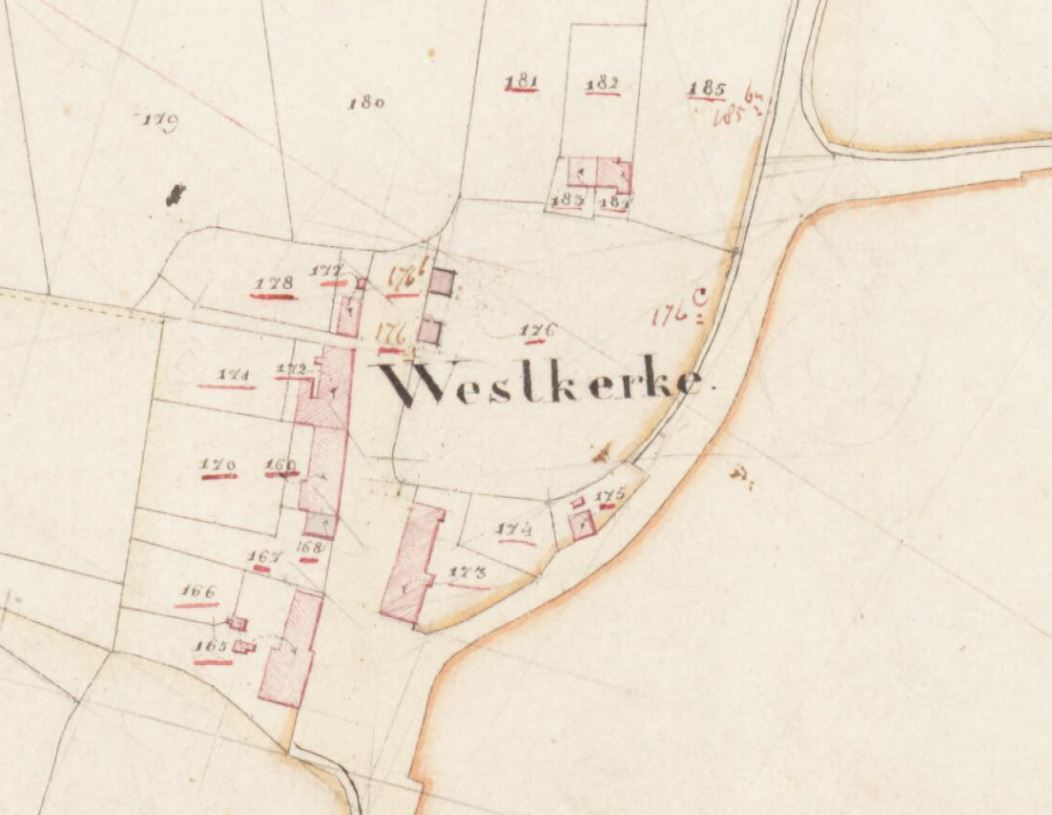 The manor also had its own courthouse. Little is known about this building. In 1702, a bell was purchased for the courtroom, presumably to warn the messenger or to make announcements. In 1811, the old courthouse became the town hall for the new municipality of Westkerke. After the municipality was dissolved in 1816, the building was used as a residence. 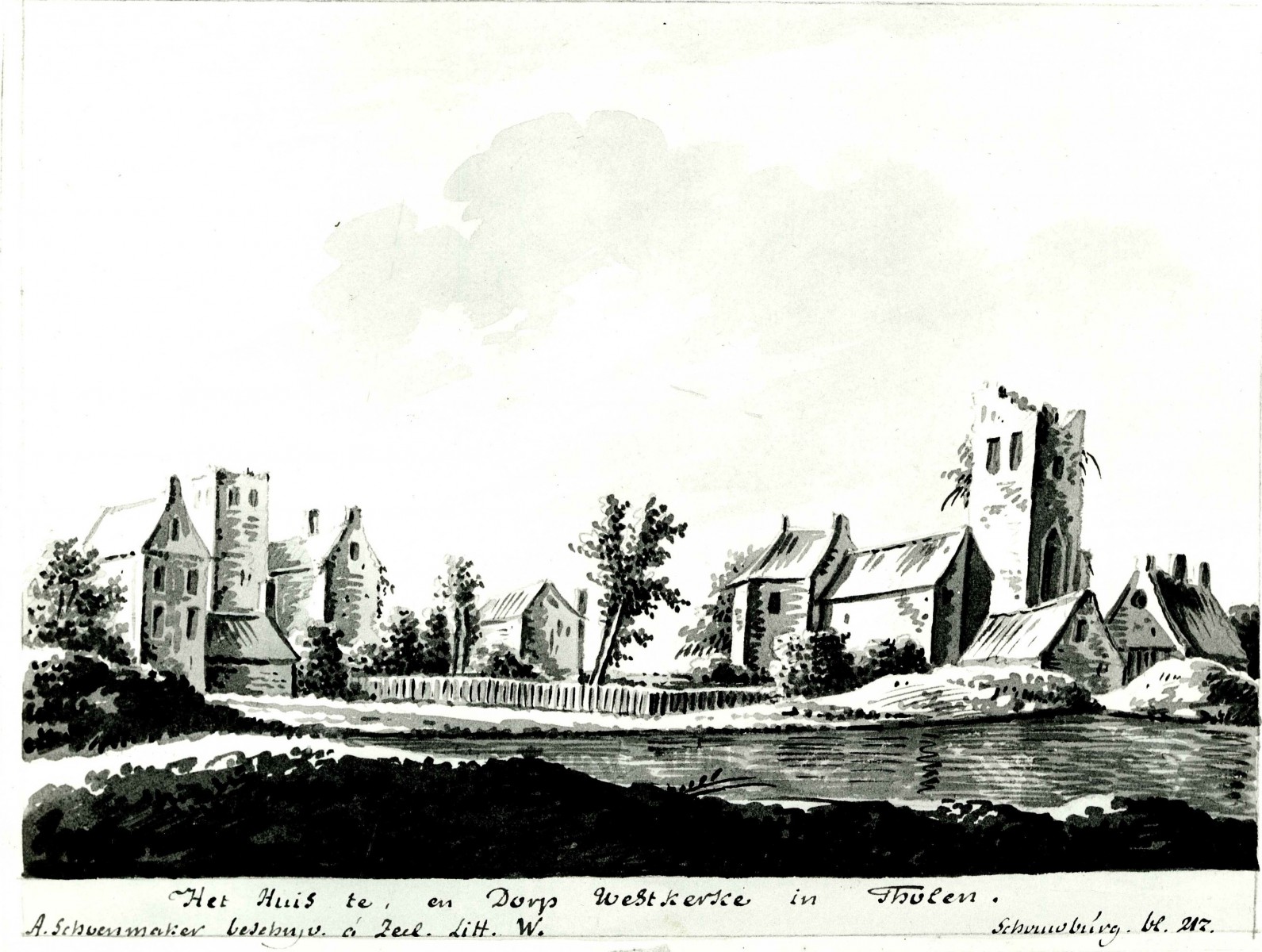