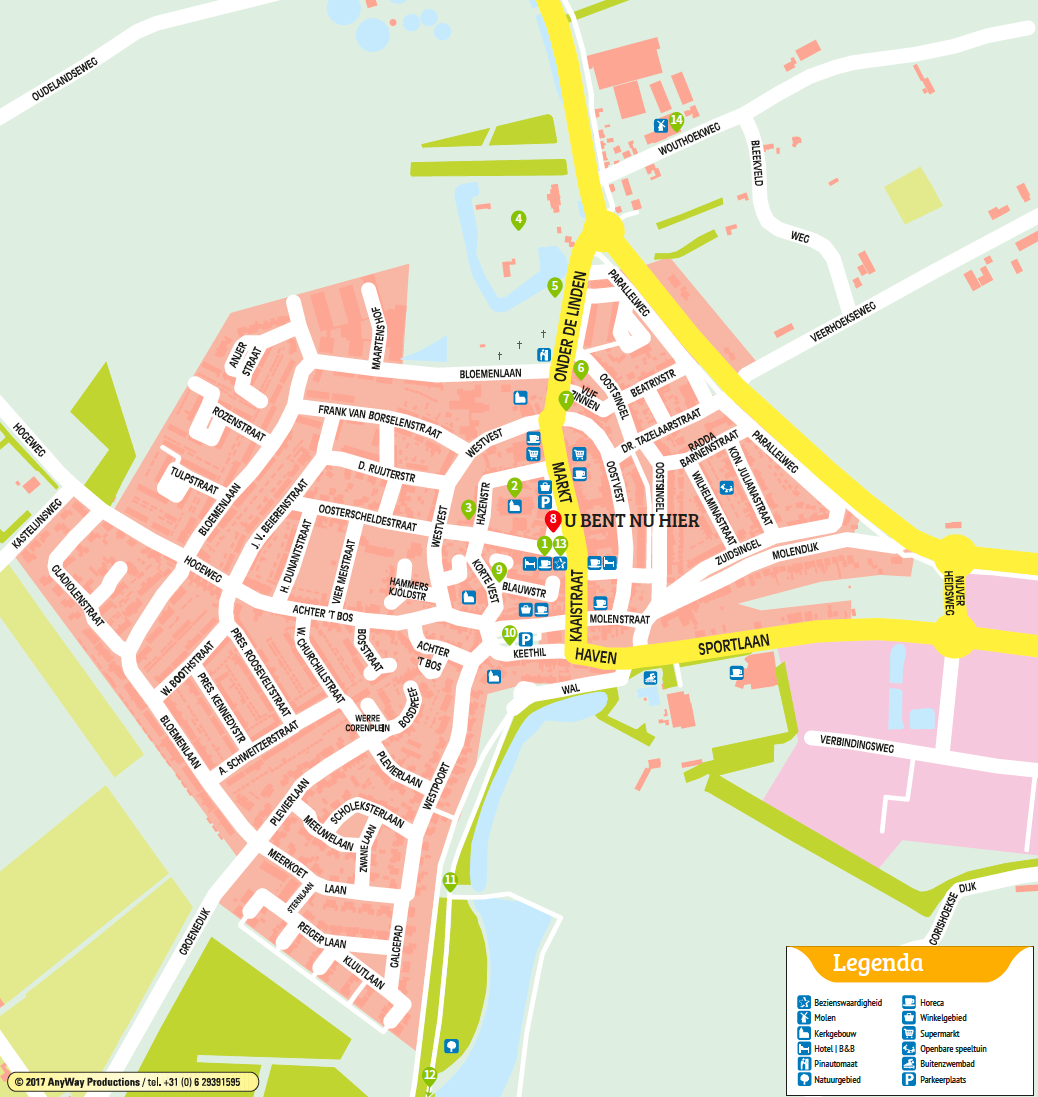 In a certificate from the year 1357, there was talk of Haestinge in Sint Martensdike. The village was located next to the little river Haast-Ee, of which the current Pluimpot is a remainder. Sint-Maartensdijk (in Zeeuws-dialect: Smerdiek) received city rights in 1491, but never took session in provincial administration. That’s why it is called a smalstad.

The city was surrounded by city walls and canals (vestes) and provided with gates. Untill this day, there are still a Oostvest and a Westvest in Sint-Maartensdijk. Just outside of the city, there was a big castle, that once belonged to Frank van Borssele. In 1434, he married Jacoba van Beieren in the Maartenskerk. Frank van Borssele didn’t have children, and that’s why his sister was his heiress. The Dutch Royal family came in possession of the castle through Anna van Buren, the wife of Willem van Oranje. Members of the Royal family still are Lords or Lady’s of Sint-Maartensdijk. The former city hall (1), which originates from before 1587, was noticeably improved in 1628, at the expense of Frederik-Hendrik. This building was the community home of entire Tholen from 1971 untill 2008.   Next to the Maartenskerk, which was already mentioned in a certificate in 1376, and the former city hall, these are also sights in Sint-Maartensdijk: the presbytery (3) in the Hazenstraat, the former post office (7), several historical buildings located at the Markt (8), the former harbour (10) and mill De Nijverheid (14).  More history? Take a walk along the veste (5) by the old castle, take a look at Vijfzinnen (6), go through the Hazenstraat to the Blauwstraat (9), where a pot of 387 golden coins was found in 1980, and don’t forget to visit the Oranjekamer (13). In this room you will discover the connection of Sint-Maartensdijk with our Royal family.  Enjoy the nature in the Pluimpot (11) and take a glance at the Oosterschelde (12).