Madder was a very profitable crop in Zeeland for centuries. The red dye alizarin was extracted from the roots of the madder plant. It was used for dying wool, cotton, silk and leather. Almost every village had its own stove, where the madder was processed.

The madder plant (rubia tinctorum) was cultivated in Zeeland since the Middle Ages. The first references to it date from the 14th century. The madder flourished particularly well in clay soils, which is why the plant was grown mainly in the polder areas. Schouwen-Duiveland and Tholen were the ideal centres for this. Moreover, the madder from Zeeland could easily be exported to the textile industry in England. Particularly in Sint-Annaland, many of the inhabitants were proficient in processing madder. Many of them therefore also worked in this industry in other locations.

The cultivation of madder continued to grow, because it was very lucrative for farmers, until it became possible to produce synthetic alizarin from coal relatively cheaply. This brought a rapid end, after 1870, to the madder industry in Zeeland. 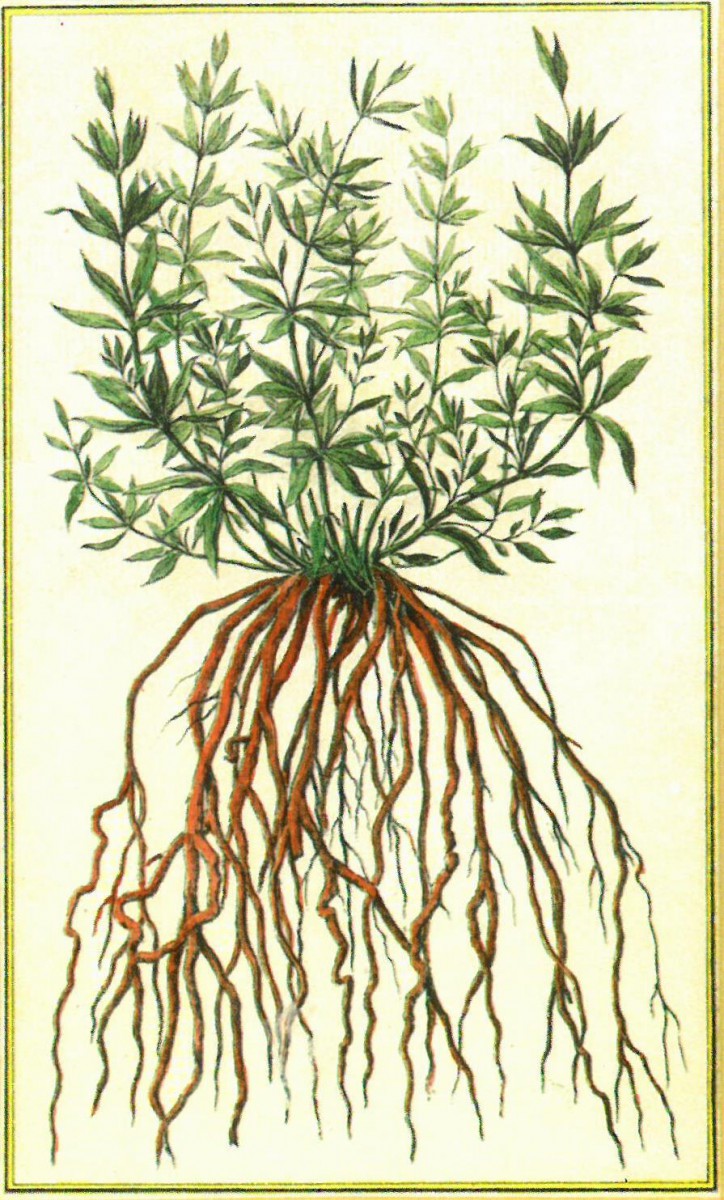 Ode to the madder

Designed by Gust Romijn of Dreischor and unveiled in September 1995. The work of art expresses that the old saying also applies to madder cultivation: “everything is at the Lord’s Blessing”. They are bronze roots of the madder plant under a blue roof, representing the earth with the sun shining above it.

After the roots of the three-year old madder plant were harvested, they were stored in madder stoves. A madder stove consisted of three parts: a shed (the cold stove) in which the roots were dumped on arrival; a drying tower with an oven for rapid drying and in which the roots were purified; and a stamping house where the roots were pulverised by large stampers, driven by horsepower. Due to the high investment costs, several farmers (usually sixteen) were joint owners of one madder stove, a very early form of an agricultural cooperative. In Sint-Annaland there were two stoves for a long time. The ‘Hersteller’ and the ‘Eensgezindheid’. The last one was demolished in 1916. The names Stoofstraat, Stoofdijk and Stoofweg still remind us of this industry.

Shortly after the diking off, a church was also established within the ring. Sint-Annaland already had a priest in 1485. The church was dedicated to Saint Ann, the mother of Mary. During the eighty-year war, the building was badly damaged. In the great fire of 23 May 1692, the vast majority of the village went up in flames, but the church was spared.
In 1899, however, the building was demolished. It was felt that restoration would be too expensive. A new church was designed by architect Bruijnzeel. This was completed in 1900 and was considerably expanded in 1957. 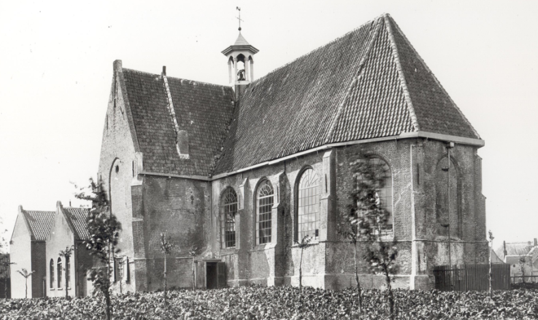 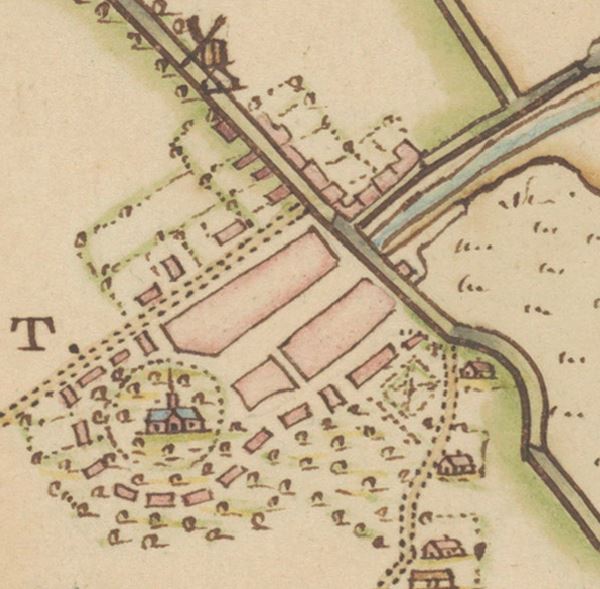 In 1476, Duke Charles the Bold gave the salt marshes named Hannevosdijk, Hamel, ‘s-Gravencreke and Malland to his niece Anna of Burgundy for diking off. When the two oldest polders were diked off, this took into account the construction of a village. Sint-Annaland is a ring-high street village. The High Street (Voorstraat) was closed off on one side by the harbour and on the other side by the Ring containing the church and the churchyard. This type is characteristic of polder areas.