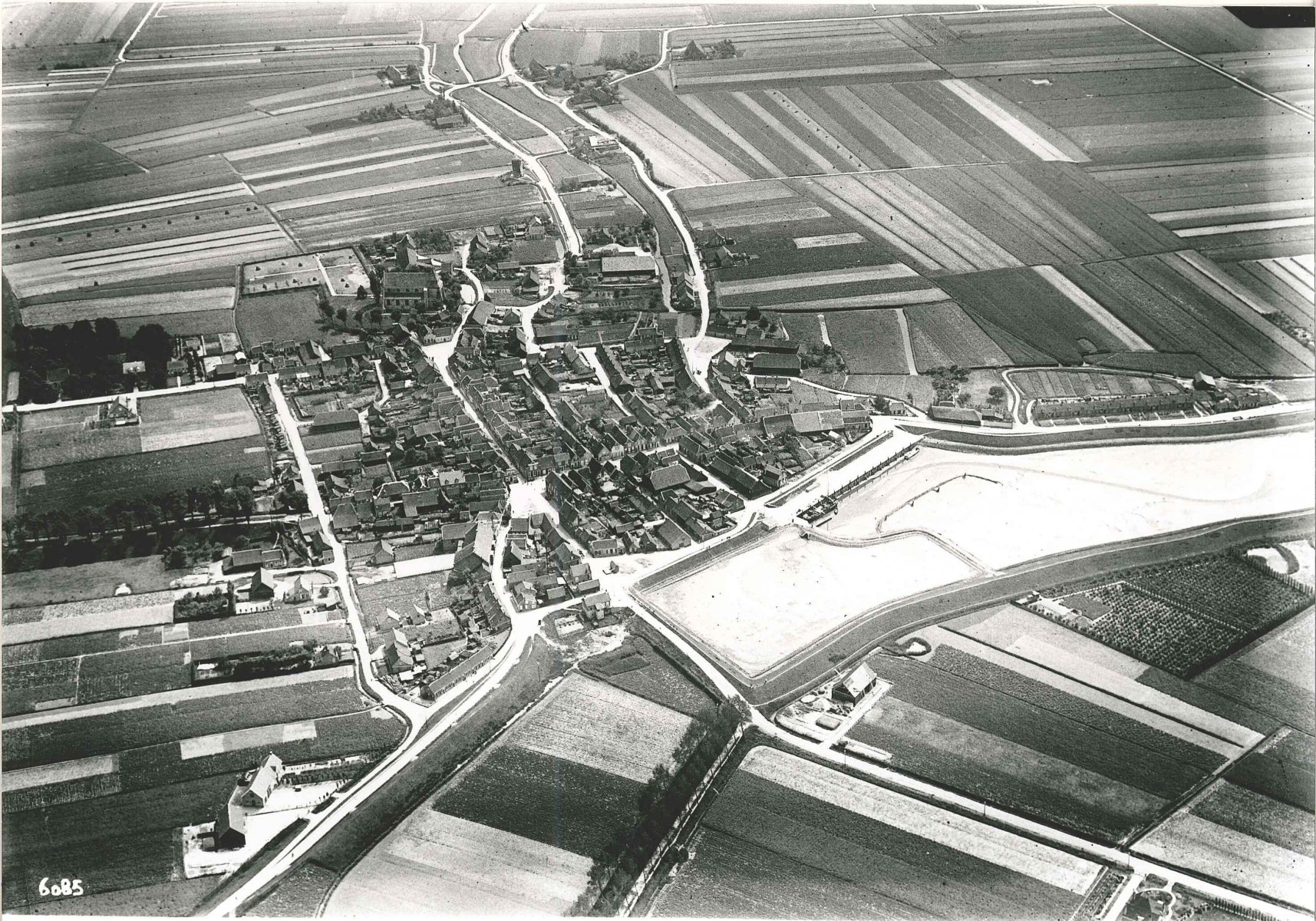 Scherpenisse is one of the oldest villages on the island. As far back as 1203, a certain Baldewinus is referred to as ‘clericus de Scarpenesse’. This name is probably derived from the Germanic scarpa (sharp or pointed) and nasja (headland, protruding into the sea or river); a pointed headland protruding into the sea, in other words.

From the town name Scarpenissedam, mentioned in 1285, it can be concluded that the village originated at a dam in a tributary channel of the Pluimpot. Until 1957, there was a harbour on the north side of the village. However, the Pluimpot was dammed as part of the Delta Works.

You are currently standing at the corner of the former harbour.

The most important listed building is the Dutch Reformed church that was built in Brabant Gothic style in the 15th and 16th century. The church was dedicated to the holy virgin Mary. In the past, this church was much larger, but the community was unable to invest enough in maintenance. In 1753, the choir and transept were demolished. Only the nave and main tower have been preserved. 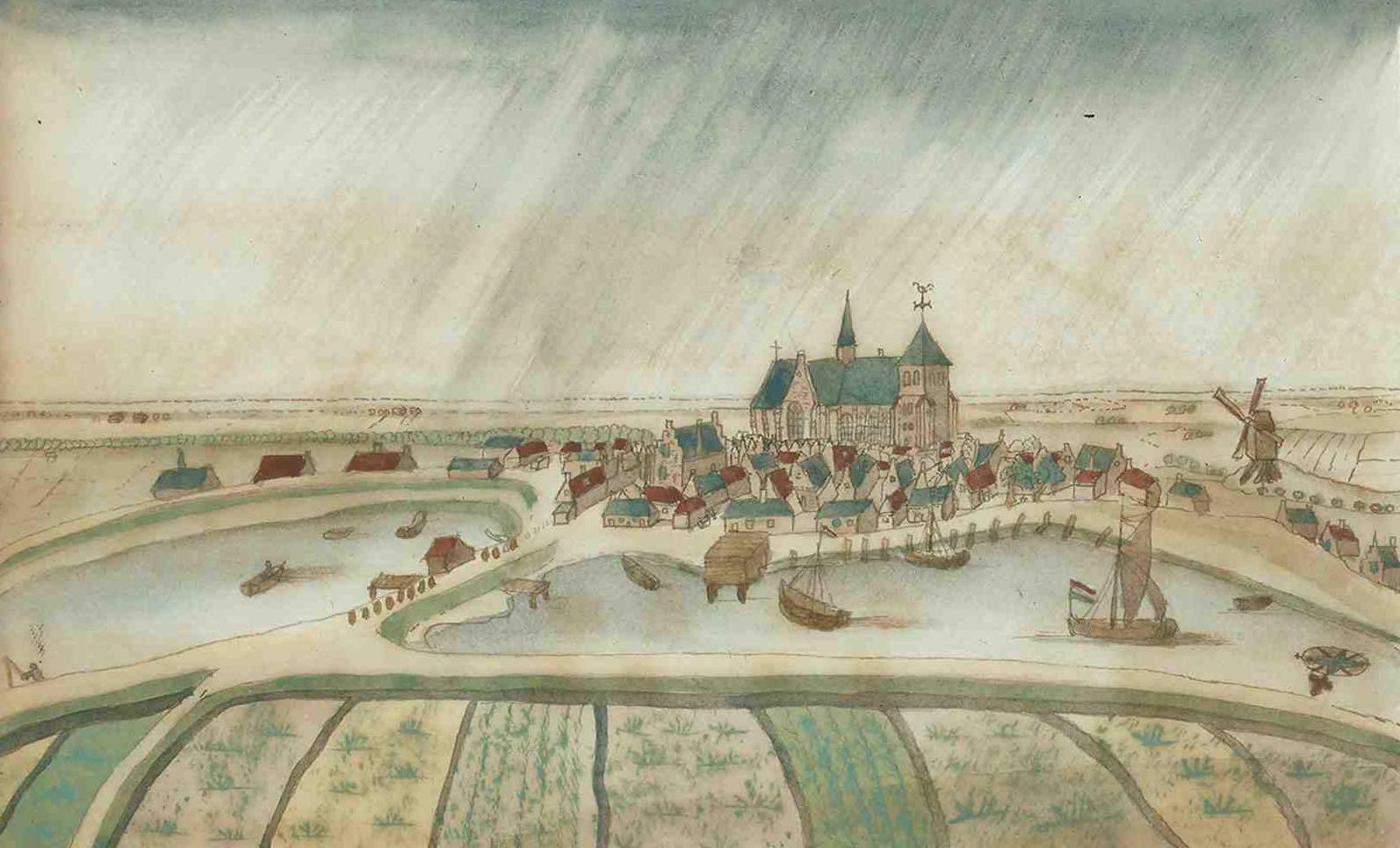 In 1593, Maria van Nassau donated 1000 guilders for the construction of a courthouse. However, the construction and maintenance of the courthouse brought Scherpenisse to the brink of bankruptcy. During a time of economic depression, the upper part of the building was finally demolished in 1847. Until the redivision on 1 July 1971, it housed the municipal organisation. 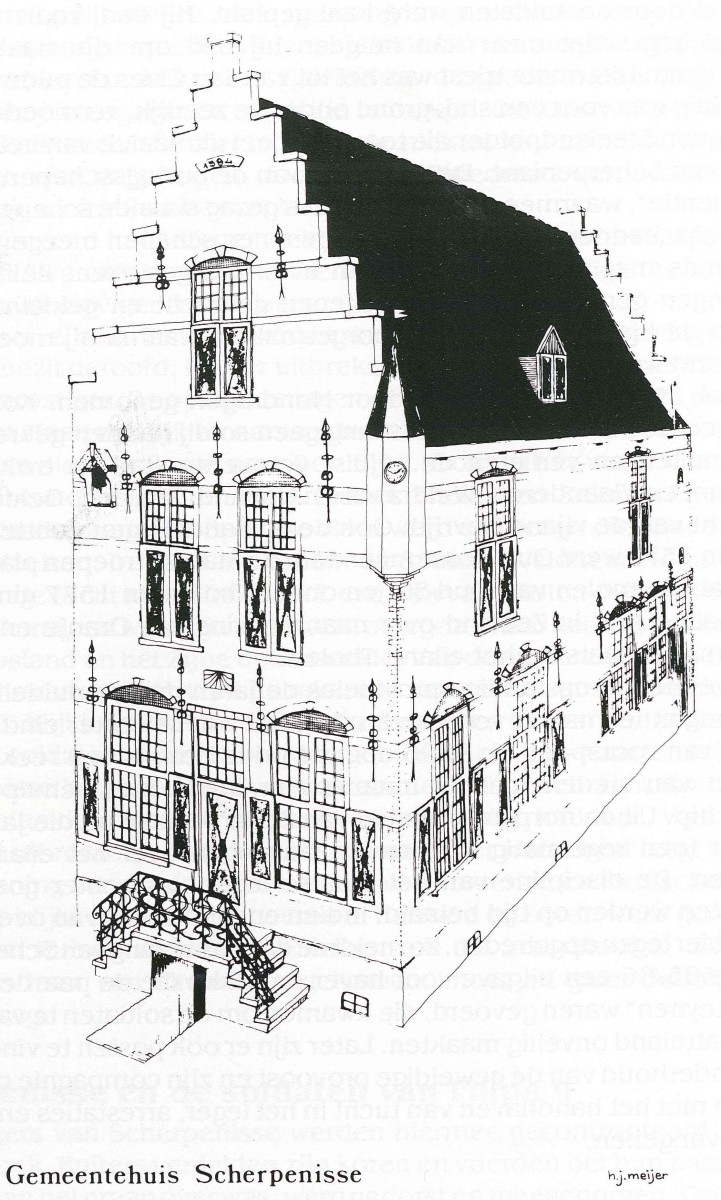 In the early 1920s, mains water was installed on the island. In 1923 the only water tower was built for this on Langeweg. This tower is still an important landmark. 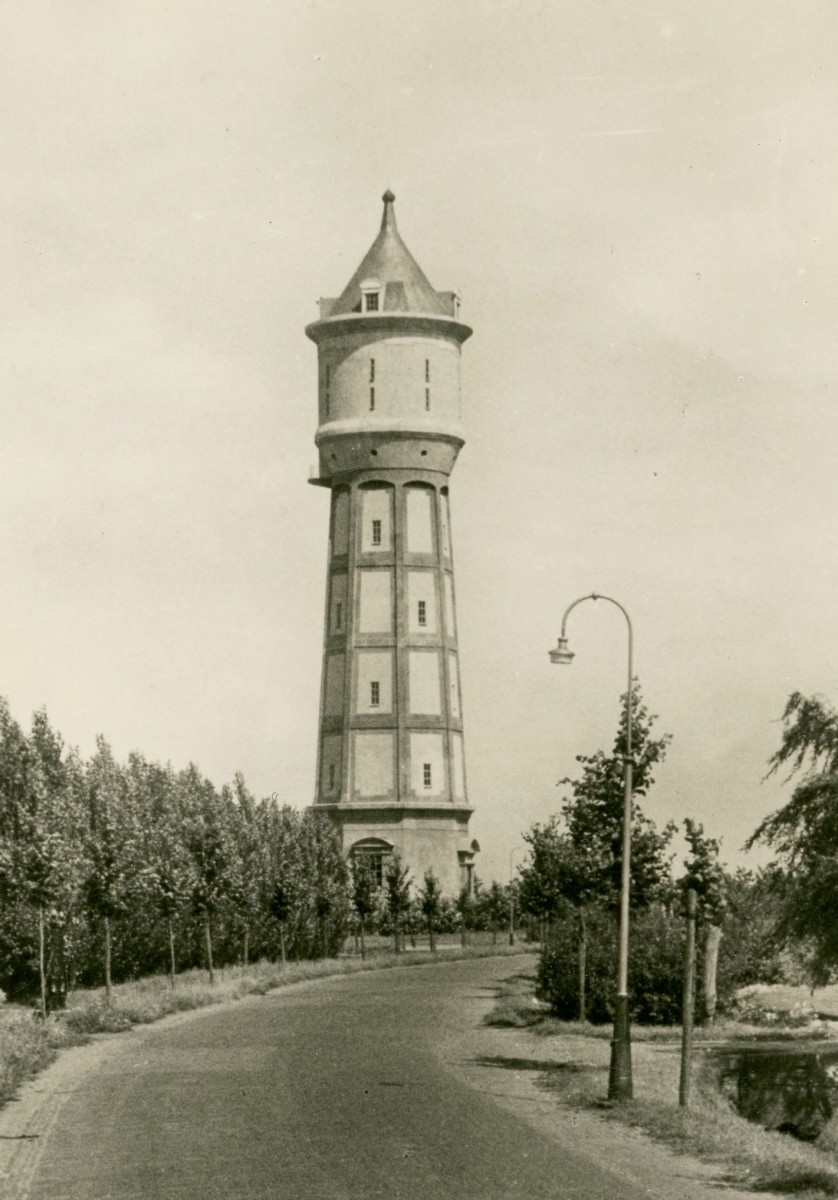 If you follow the dike towards Sint-Maartensdijk you will see what are known as Muralt walls on top of the dike. This cheap way of raising the dike was invented after the flood of 1906 by R.R.L. de Muralt, and installed on many dikes in Zeeland. In 1953, however, they turned out to be inadequate, however. 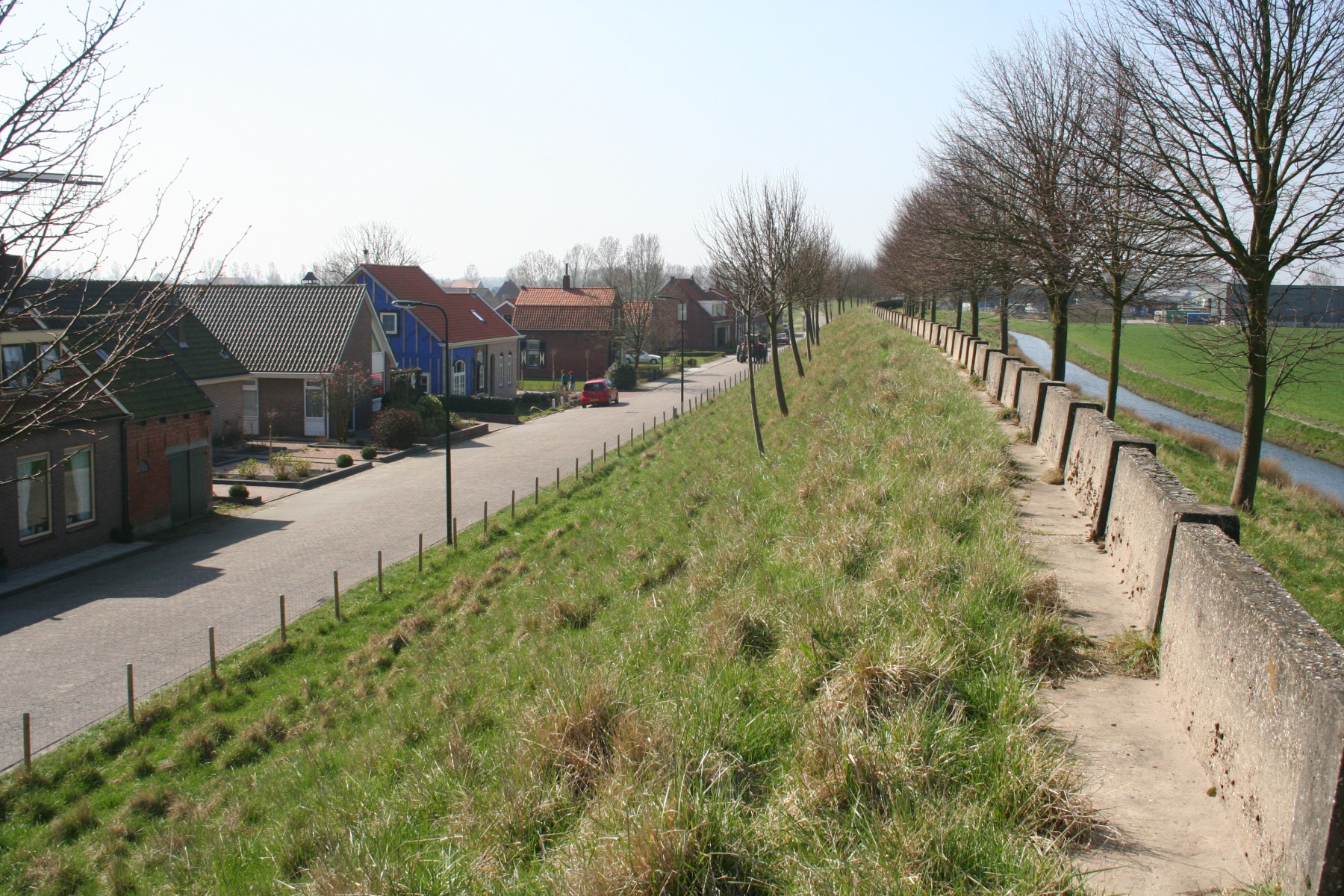 In the year the court house was built, 1594, the Guild of Harquibusiers was established, to protect the residents who feared a Spanish attack. The 56 riflemen were armed with muskets and rifles. But the guild has not displayed weapons for a long time. Its members do still meet annually, in the week of Whitson, in the Guildhall in the former town hall on Hoge Markt. For some years, this association has an archery section.

To the left of this sign you will see a work of art that was produced in 1994 by David Vandekop on the occasion of the 400th anniversary of the guild.

The village These days it's a hamlet with seven houses, but it was once the…