In the 1840s, the prices of flax and rapeseed increased. A large number of areas were subsequently diked off. The biggest area of land reclamation in those years was the 869-hectare Anna Jacobapolder in 1847, which diking connected the salt marsh of Rumoord with Kramerspolder on the other side of the Bruintjeskreek, located against the then island of Sint Philipsland.  The new Anna Jacoba Polder was originally located in the municipality of Bruinisse, and was only added to the municipality of Sint Philipsland in 1857. The ‘hollestelle’ (well) is the only thing left over from the original salt marshes. 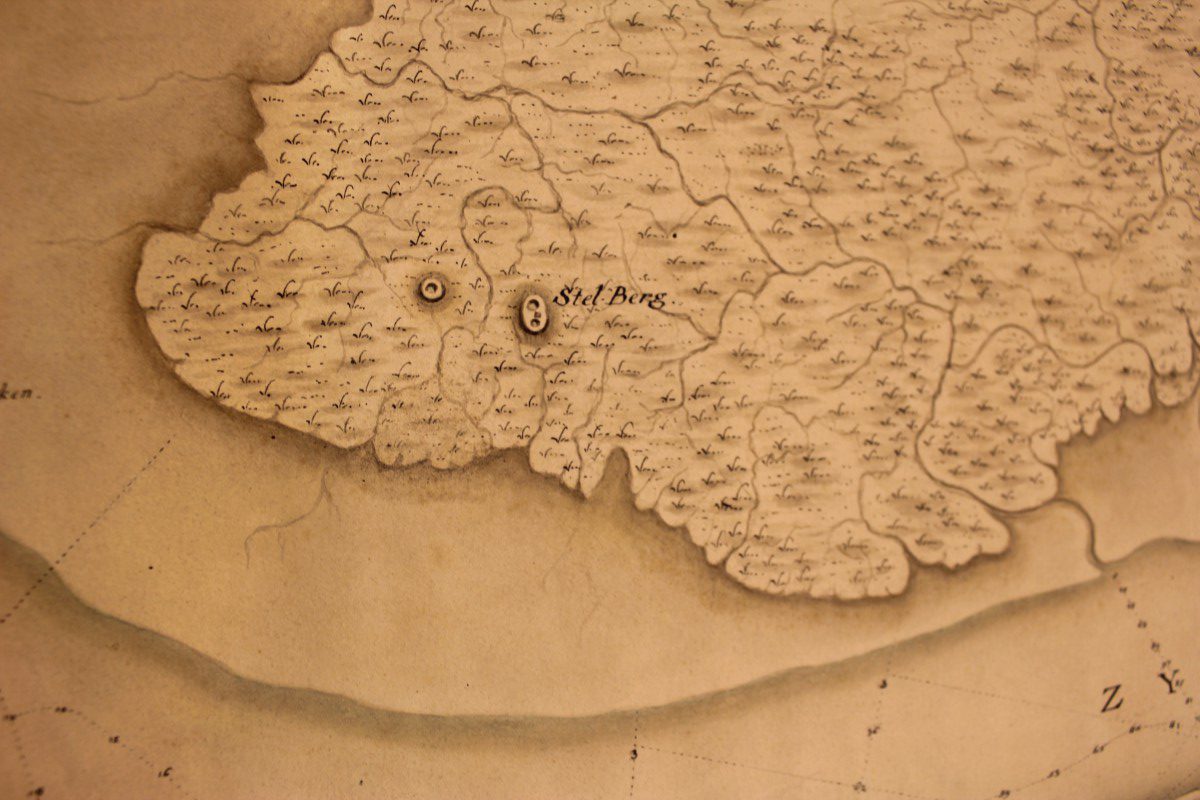 The diking builder was Willem Frederik del Campo known as Camp, master engineer. The first spade went into the ground immediately after the tender was awarded on 10 June 1847, and by 1 November the 8 km long and 3.5 to 4 m high seawall had been completed and the Bruintjeskreek dammed. Del Campo named the polder after his wife, Anna Jacoba van Sonsbeek, the Anna Jacobapolder. 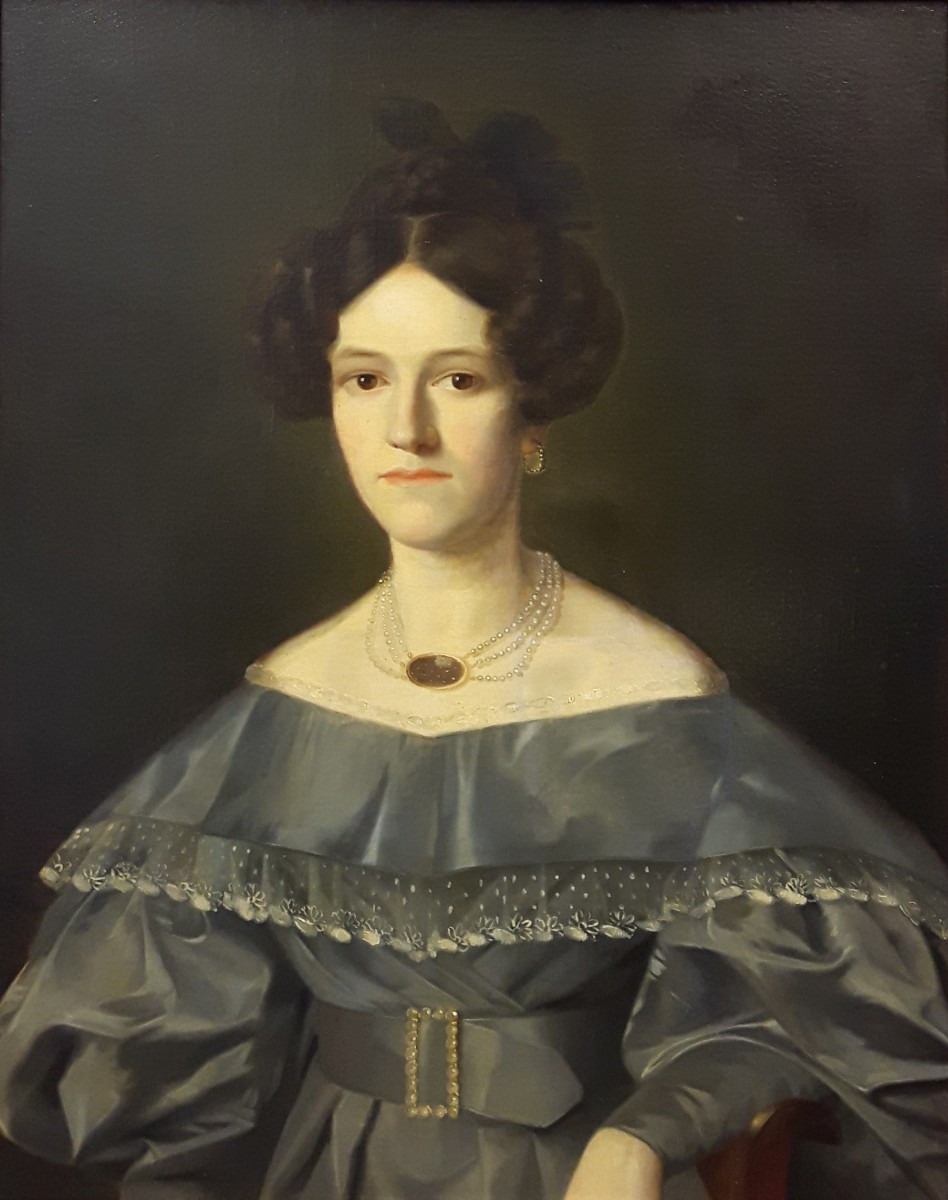 In 1848, he had Noordweg, Zuidweg and Langeweg built, and the first houses were built on Noordweg. This was the beginning of Het Gehucht (The Hamlet) on Noordweg, as the Anna Jacobapolder village was still called after the Flood of 1953. He also had some farmhouses built, including Willemsburg for himself. 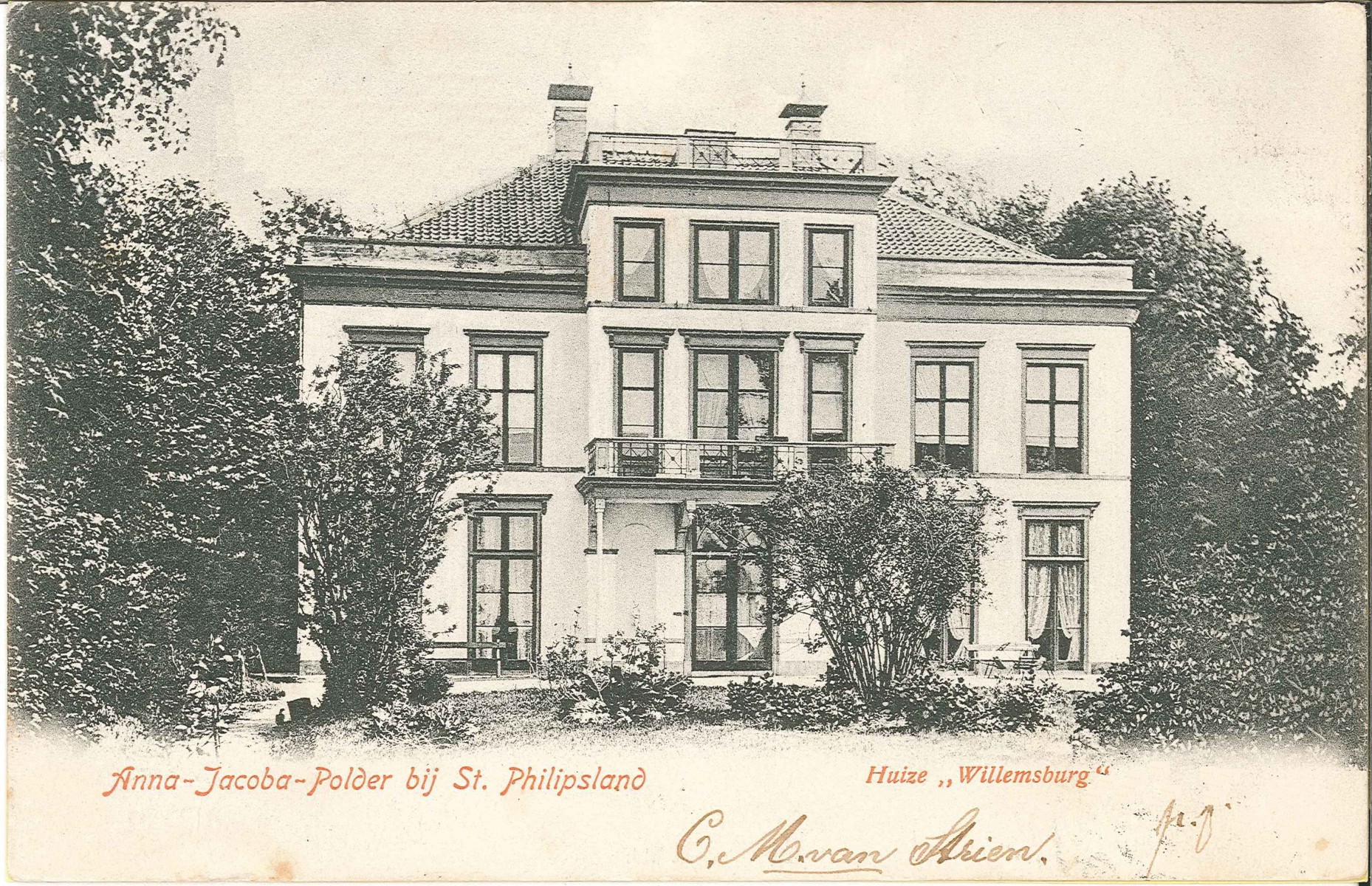 The Philips Dam was built as part of the compartmentalisation works of the Eastern Scheldt and the work to establish a fixed level in the Scheldt-Rhine Canal. This dam connects Sint Philipsland with the Grevelingen Dam between Schouwen-Duiveland and Goeree-Overflakkee. The road over this dam rendered superfluous the ferry over the Zijpe, which was often stopped by fog and for which there were always long queues of cars waiting in the summer. The last ferry sailed on 6 July 1988. The Philips Dam was opened for road traffic the same day.

The drinking water pipe system on the peninsula was opened in 1924. The water came from the vicinity of Seppe in Brabant. A water tower was built for this at the end of Langeweg, against the sea dyke. This was blown up during a German attack on the night of 22-23 January 1945. 8 people also lost their lives in the attack, including the Polish officer Prince Marie Andrzej Poniatowski, from one of the most important families of the Polish aristocracy.   Anna Jacobapolder was liberated in early November 1944, and was in the front area during that winter. 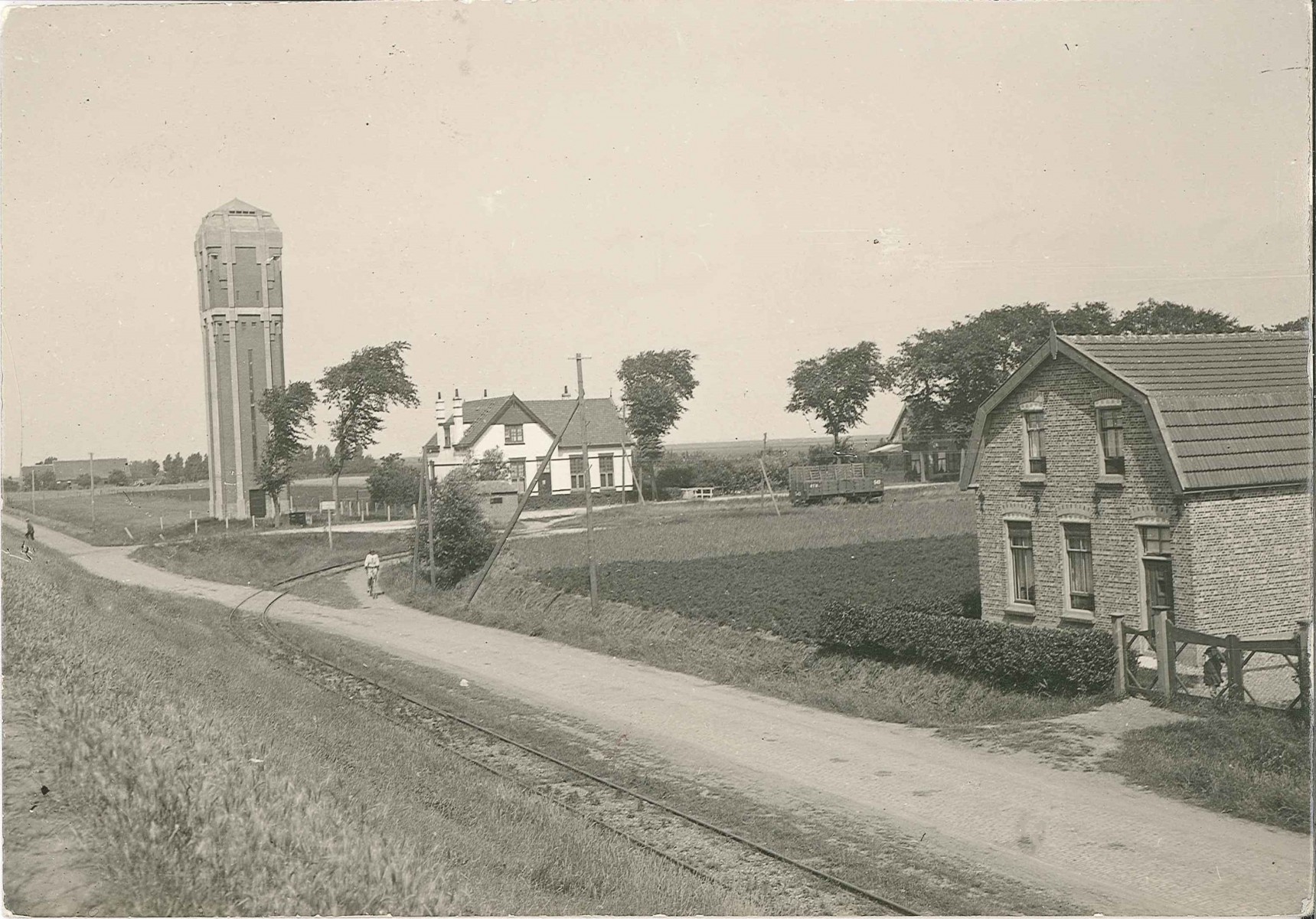 The madder stove, built in 1860, was put into use as a church in 1878 because the production of madder had declined sharply in the years before.  The first school was opened in early 1862 and King William III visited the polder in the same year. 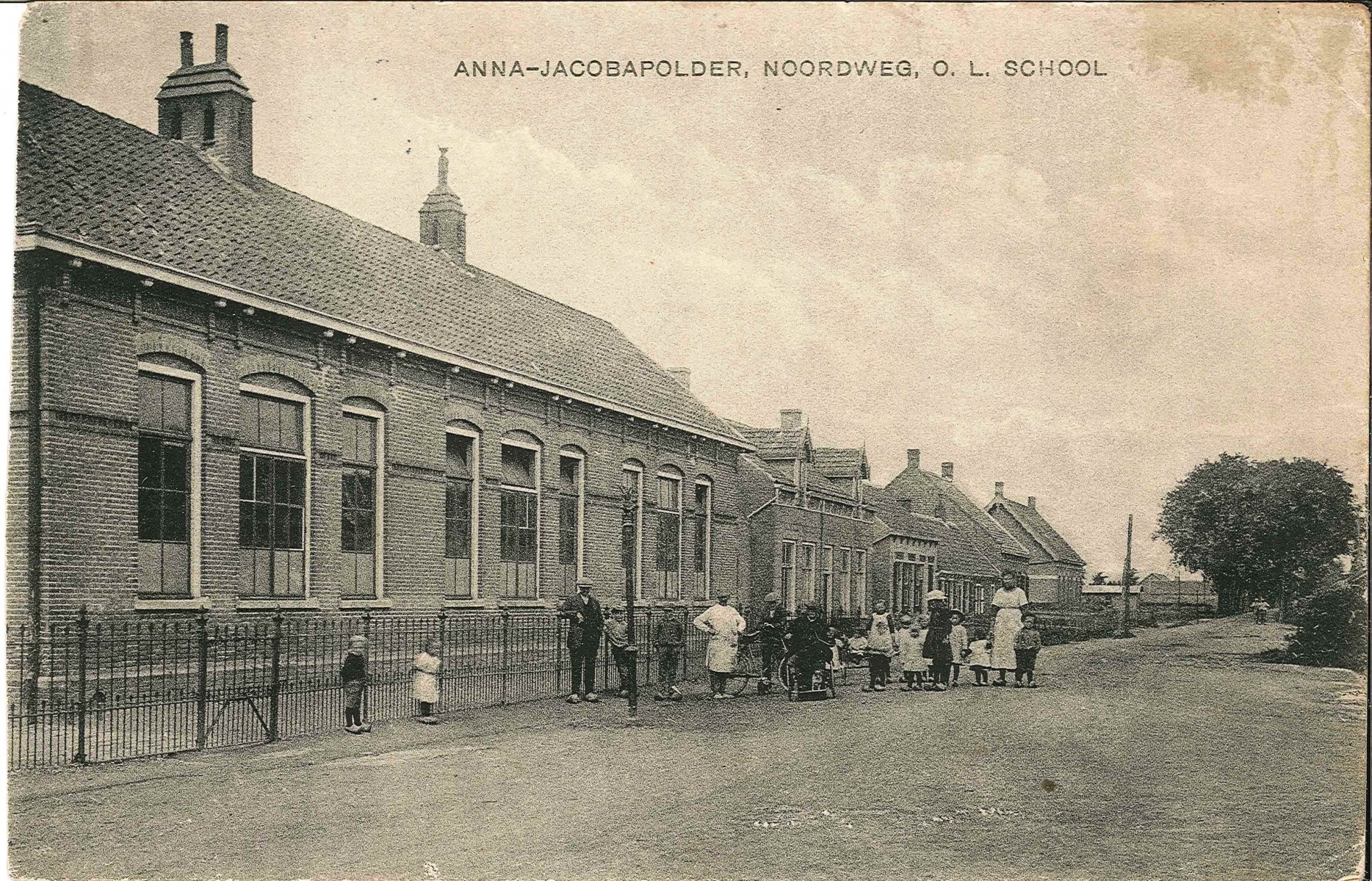 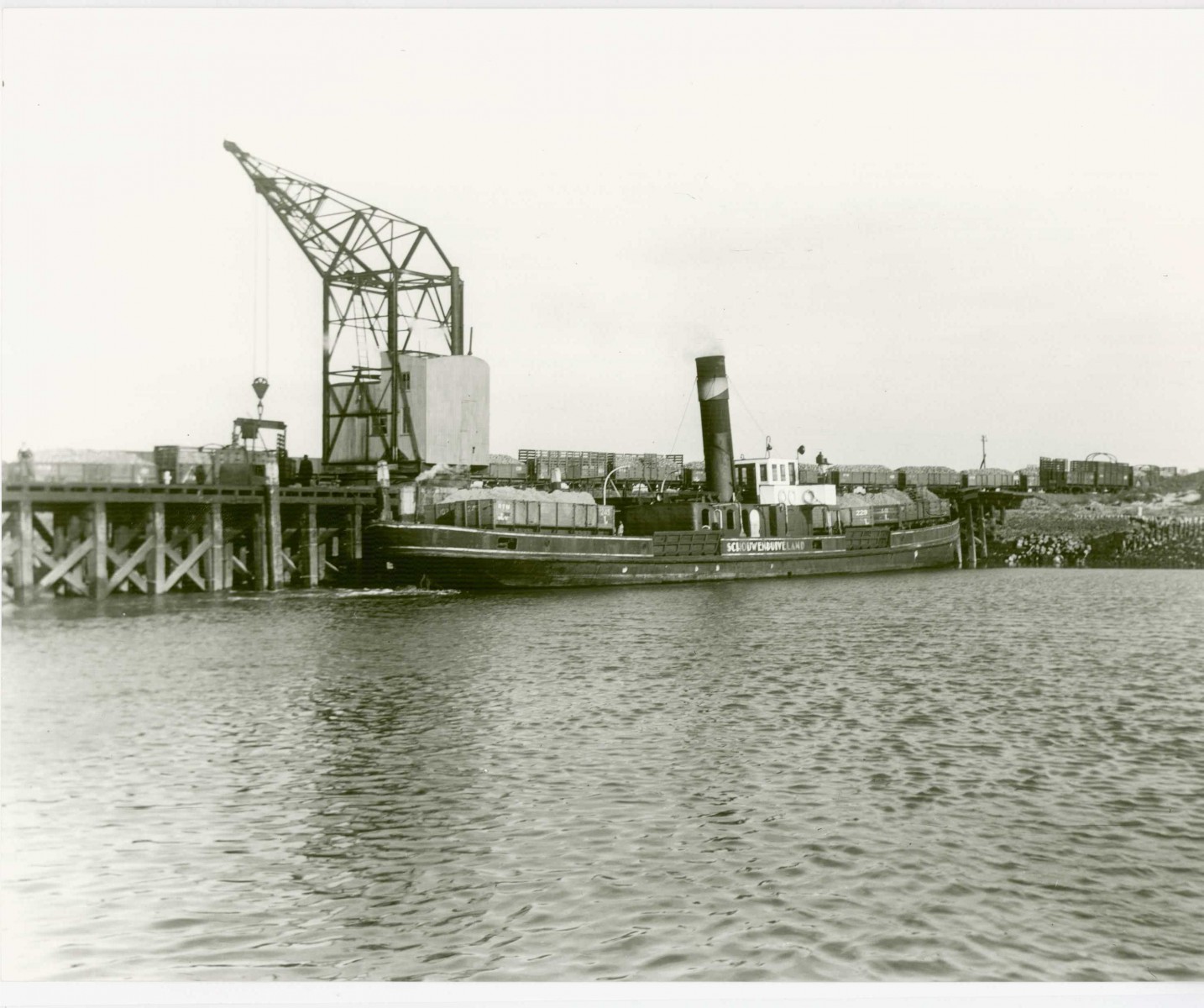 Del Campo placed great value on good connections. Already in 1862, he argued in favour of a rail connection from Roosendaal to Brouwershaven. He died in 1879, before it was completed. After many years of planning, the Steenbergen – Brouwershaven steam tram line, which was built by the Rotterdamse Tramweg-Maatschappij (RTM), was opened with much celebration on 27 April 1900.  The Anna Jacobapolder – Zijpe ferry, for which the government built the tramway ports, was an important link in this. In an era of unpaved roads and poor ferry connections, this was a comfortable way for the residents of Anna Jacobapolder to travel to other towns. The tram line was closed in 1953.

Origin It is thought that the castle was built in the 13th century. At that…